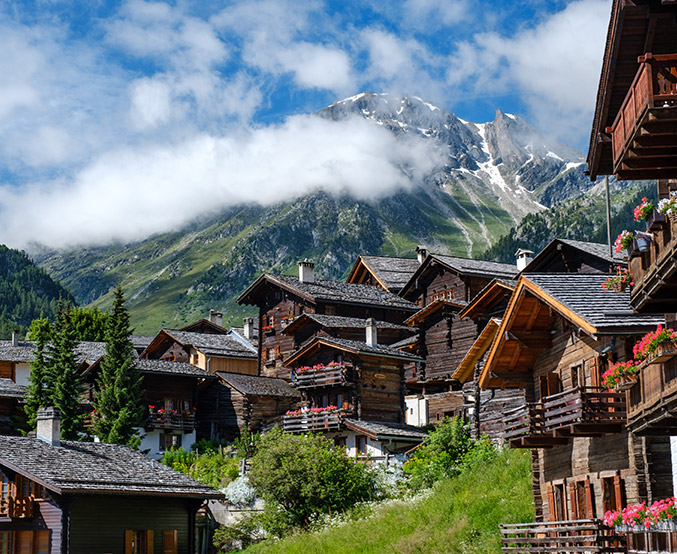 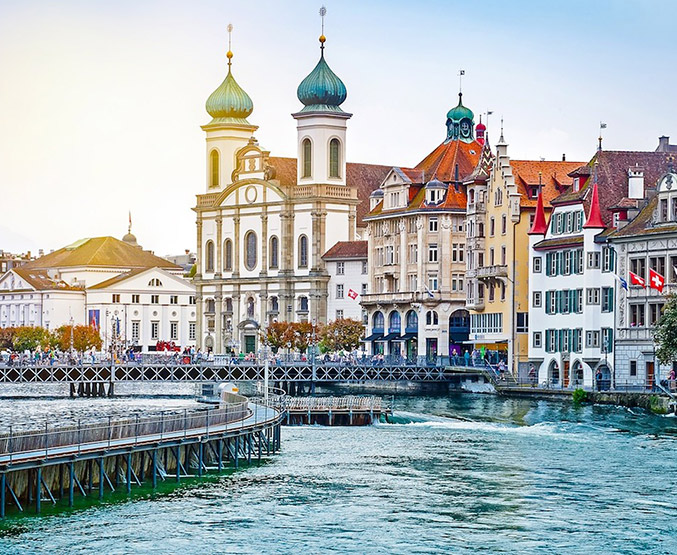 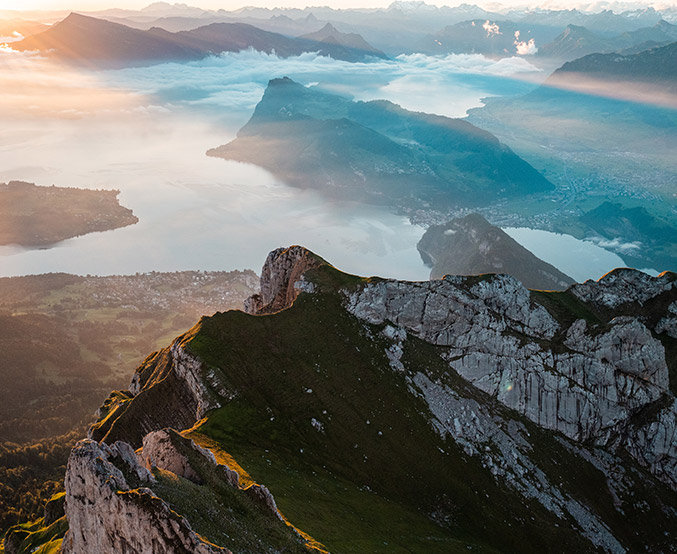 When you think of Switzerland, you may think of chocolate, decorative cuckoo clocks, breathtaking mountains, expensive watches, the utopia of the world.

The major cities are cosmopolitan and vibrant with excellent, timely transportation and stunning landscape.

Although it is an expensive country to visit, if you plan and budget your trip well, you will have a magnificent time. There are some of the utmost fascinating medieval alleys, houses, and churches to observe.  If being outdoors is more your style, you will find the stunning lakes offering reflections of the mountains nearby.

No matter where you look in Switzerland, you will be in awe by its exquisiteness and charm.

Things to See and Do in Switzerland

ACCOMMODATIONS:  Hostels are about $40 per night unless you want to stay in the inner city, which may be a bit more ($60 per night). The accommodations are dorm-like with shared bathrooms and possibly bedrooms. If you want a private hostel room, the rate is about $90-$150 per night. Another great alternative is Airbnb, which typically cost around $40-$80 per night.

FOOD: Eating out is pricey. The best way to reduce food costs is to go to the local supermarket to buy snacks, drinks, and sandwich meats to prepare in the hotel room. You can find premade sandwiches or meals for about $6-$10 a meal. For lunch, the best option is local bars or cafes, which have lunch specials that could cost between $20-$30 per person, or dinner, which is about $40+ per person. Pizza or pasta starts at around $20. Expect to spend about $50 per day on food (not eating at anything fancy!)

(Use www.TripAdvisor.com when trying to locate a restaurant within your budget range)

TRANSPORTATION: Bus, trams, funicular, trains are all well designed in Switzerland. A single fare will cost about $2.5-$5.00 depending on the length of time and the number of zones you travel. Uber is available in some cities, but if not, use a taxi. Be prepared as taxi rides are expensive. You will also find public bicycle rentals (PubliBike and Mobility) starting at about $5.00 for 30 minutes. If you plan to pack in many cities on your trip and need transportation, you may want to consider getting a Swiss Travel Pass. They are a bit expensive (3 consecutive days for $230)- but it could be worth your time. To check fares and compare prices, visit the sbb.ch website. The train is the easiest way to move between cities in Switzerland. A 2-hour train ride will cost about $35. No two-hour train is the same, so check the schedule. Flixbus offers many different route options and starts around $15 for one hour. BlaBlaCar is one of the best rideshare programs to use in Switzerland. Rideshares will require some flexibility but are a good option.

1
To save money on admissions to museums and other tourist attractions, get an ISIC Card for students.
2
The cheapest form of transportation is using the BlaBlaCar service.
3
Try to use hotel reward points (rack up points before your trip), which will help nightly rates.
4
Drinking alcohol is costly, so try to avoid spending money on alcoholic drinks.
5
Stick with eating your biggest meal at lunch, which offers the most discounts.
6
If you plan to use the train system, it is best to book in advance as the rate is cheaper than a last-minute ticket.
7
If you plan to move about in Switzerland, I suggest you get a Swiss Half Fare Card. It will allow you to travel by train, bus, boat, and some railways at half the price for one full month. The cost is about $125 per person. You will have to determine how much transportation you will need to decide whether it is worth the purchase.
8
Check out Intrepid Travel for some group tour options in Switzerland.
9
Meat is expensive so try to go vegan while visiting Switzerland.
10
Check out coupon books that may offer some 2 -for-1 coupons or discounts (Interlaken and Zurich)
11
Hitchhiking is an acceptable form of transportation, and lots of people do this!
12
Join free walking tours in different cities across the country.

What can I expect from Switzerland?

From ancient clock towers, artistically designed churches, cobblestone streets, and green space, you can spend hours walking around in awe, admiring every city in all its glory.

Whether you like to skydive, swing through a canyon, paraglide, or ride a turbojet boat, Switzerland has something for all those adrenaline junkies.

Although Switzerland is a small country, it is one of Europe’s most appealing destinations. Nestled between Germany, Austria, France, and Italy, Switzerland is a mix of all these countries’ best.  No matter what part of Switzerland you choose to visit, you will have lasting memories of the astonishing view and kind people.

Weather: The best time to travel to Switzerland is either in the Spring (April to June) or in the Fall (September to October). The high season in Switzerland is in the summer months. Depending on where you are going, winter can be high season if you plan to ski in the Alps. Everywhere else in the winter is much cheaper due to the cold climate.

Language: There are four national languages in Switzerland. The most widely spoken language is Swiss German. Swiss-French is spoken in the southern part of the country (40% of the population). Swiss Italian and Romansh.

Currency: The official currency is the Swiss Franc (CHF), and the current exchange rate is $1 = 0.98 CHF. You will find some stores that will accept the EUROs. Major credit cards are widely accepted. ATMs are available.

Plugs: The plugs are type J, the standard voltage is 230V, and the frequency is 50Hz. I suggest bringing a universal adapter.

Safety: Switzerland is one of the top 10 safest countries in the world. Pickpocketing and theft of cars and bicycles do occur. Always travel with caution and be aware of your surroundings. 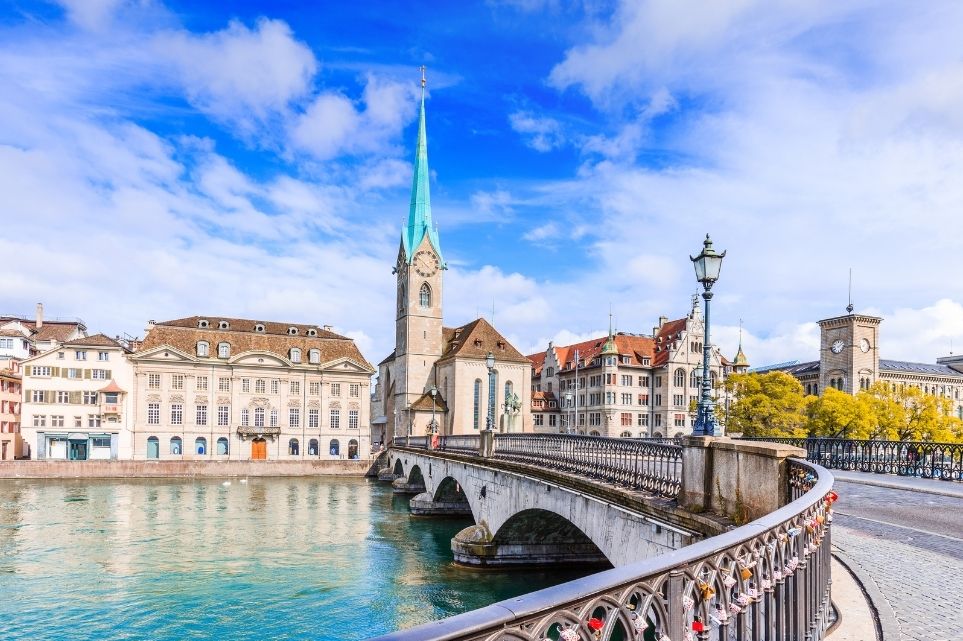 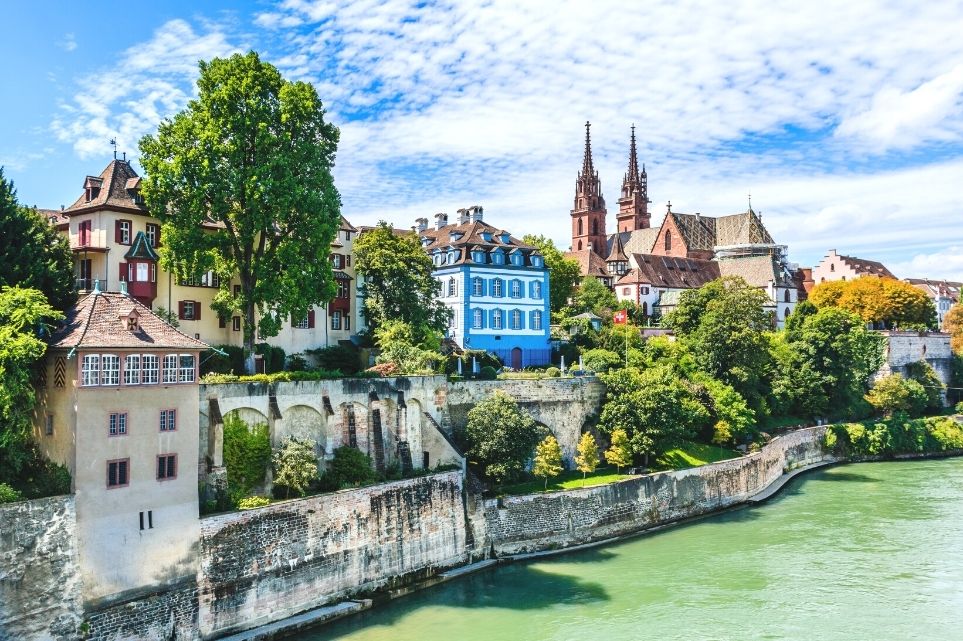 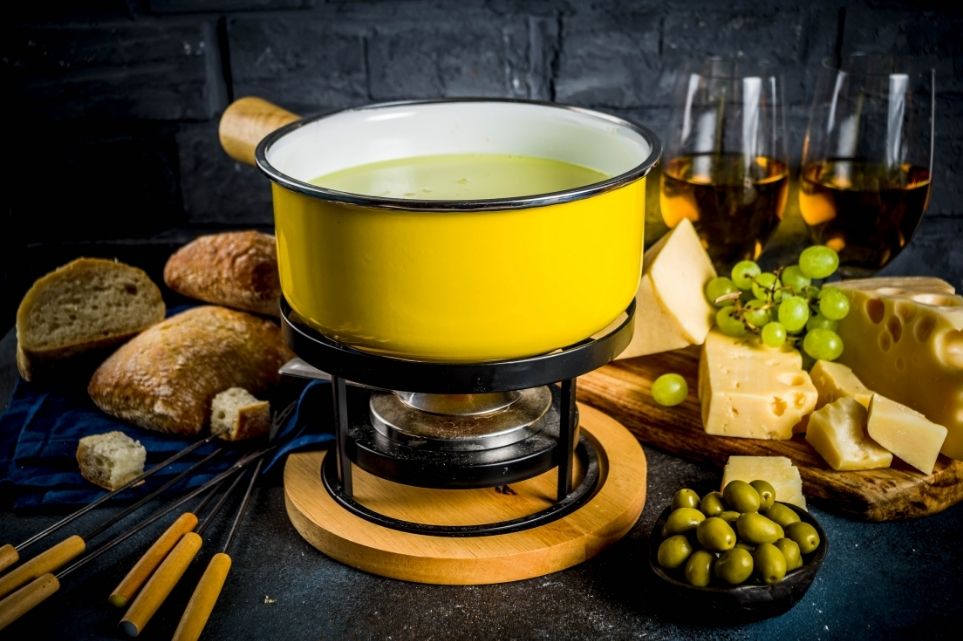 Guide to Dining in Geneva

Swiss cuisine is influenced by many of its neighboring countries, France, Germany, Italy, as well as by cultures from around the world. Due to Switzerland’s having a large agricultural region, many traditional Swiss dishes tend to be simple, with basic ingredients. 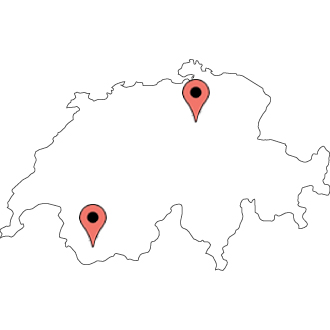