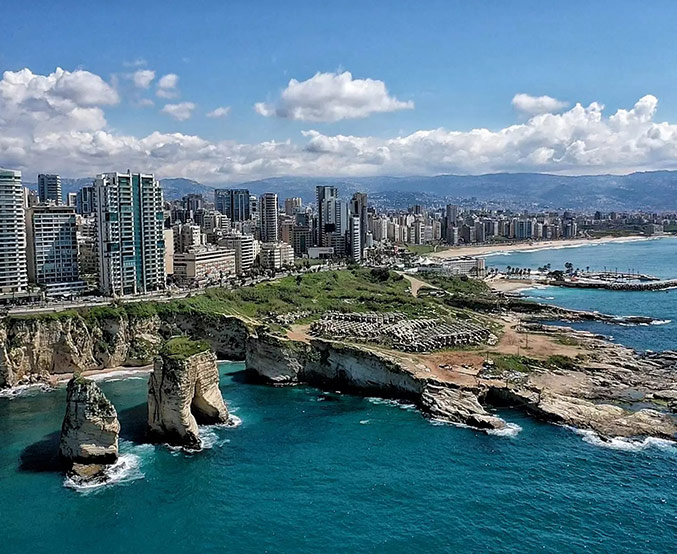 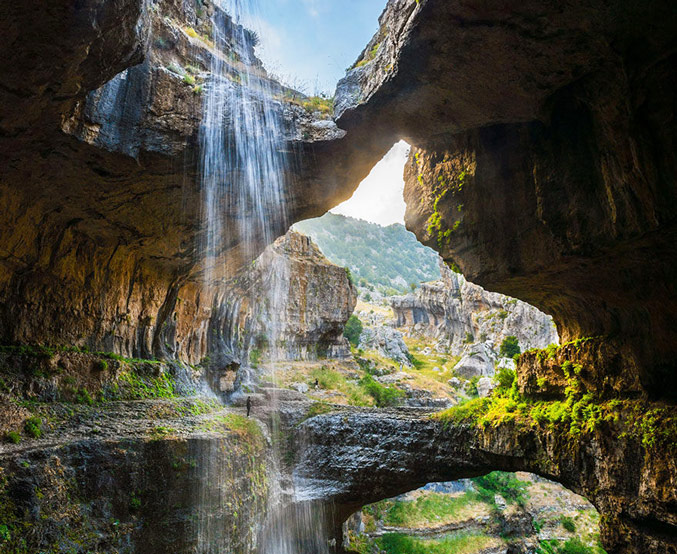 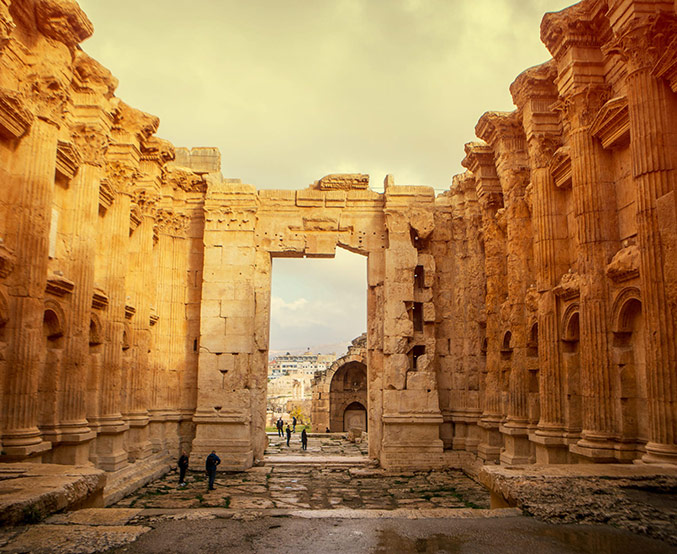 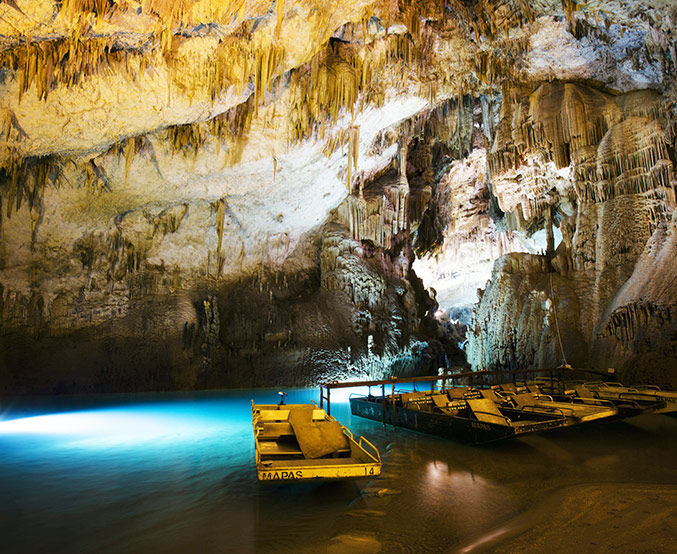 Edged by golden beaches sprinkled with World Heritage Sites and breathtaking nature reserves, it is my husband’s home country.

Although Lebanon has all the hallmarks of a classic traveler’s destination, it is still recovering from a brutal  15-year civil war and now a collapsed economy; it suffices to say, cautious tourists have stayed away.

During these delicate times of peace, Lebanon has extended a warm welcome to foreign visitors. The capital city of Beirut; once known as the Paris of the Middle East, is sandwiched between the Mediterranean Sea and Mount Lebanon, still holds the glow for being a significant attraction in this region.

Lebanon is rich in history with over five UNESCO World Heritage Sites, including the city of Byblos, one of the oldest Phoenician ports, and the ancient city of Baalbeck, with some of the finest Greco-Roman architecture in existence.

Other major highlights to include are the magnificent Christian monasteries through the Holy Valley and lush cedar forests. A few other important ancient cities to visit are Tyre and Tripoli, home to one of the oldest seaports in the world.

In addition, you can visit the National Museum of Beirut and tour some of the most spiritual-religious sites, such as the Great Omari Mosque in Beirut. Finally, check out the Tourist Landmark of the Resistance Museum in Mleeta to learn about the Israeli/Lebanese conflict.

Wherever you travel in Lebanon, you will find some of the tastiest Lebanese dishes to tantalize your tastebuds. The Lebanese cuisine is an experience all in itself!

Things to See and Do in Lebanon

Explore the caves of Jeita Grotto
Breathtaking views of the Baatara Gorge Waterfall
Walk the historic streets of Byblos
Visit the temples of Jupiter and Bacchus in Baalbek
See the panoramic views from the Our Lady of Lebanon
Stroll the Hamra Street in Beirut for street art, cafes, restaurants, and theaters

Accommodation – Due to the lack of electricity, I highly recommend booking your accommodations at a boutique hotel or a well-known brand hotel. A private room at a boutique hotel will cost between $100 – $120 per night. These rooms include a daily breakfast. Another option to consider is booking with Airbnb, ranging from $45-$100 per night (important to ask how often they have electricity). Mid-range hotel accommodations range from $150 – $180 per night. Ensure that your hotel is located in a safe area of the community and is within walking distance to cafés & restaurants.

(Visit Hotels.com or Airbnb.com for accommodations)

Food – Lebanese dishes are considered some of the best in the world! Lebanese love to dine at small cafes offering items on the menu that range from $2 – $4. If you want a sit-down restaurant meal, you may be expected to pay around $5 – $10. You will find many roadside corner stores to buy snacks, coffee, or soft drinks. You may also see food carts with simit (bread), fruit, coffee, or sweets that you can grab for a quick bite to eat.

Transportation – No public transportation. You will need to hire a taxi which will cost about $1 for intercity rides. A trip from Tripoli to Beirut in a private taxi is about $40. Taxis are not marked vehicles which can be difficult to distinguish from regular drivers. Transportation apps like Uber and Careem are available here for short-distance trips.

1
Do your homework before traveling to Lebanon. Know what to expect at prices.
2
Eat your biggest meal at lunchtime as the prices for those entrees tend to be cheaper.
3
Access free Wi-Fi at local cafes, restaurants, and hotels when possible.
4
Tipping is expected, which is 20 percent.
5
Use only cash. Credit Cards are not accepted due to the current financial/banking crisis.
6
Best to travel with a tour guide or in groups.
7
Most Lebanese speak English, but it is appreciated when tourists use Arabic.
8
Best place for unique Lebanese items is in the souks. Things to consider are traditional pottery and glassware.

What can I expect from Lebanon?

Language: The official language spoken is Arabic, but many speak English and French.

Currency: The currency in Lebanon is the Lira, and the current exchange rate is $1 = 30,000 Lira. Credit Cards are not accepted due to the current financial/banking crisis.

The economic situation is at a very high inflation rate, and most merchants do not accept credit cards. If they accept credit cards, expect to pay an additional 20% fee. Banks and exchange offices are frequently closed and by appointment only. ATMs are generally stocked with Lebanese Pounds but have limits on daily withdrawals. It is challenging to access US Dollars locally.

Power Plugs: The plugs in Lebanon are type C/D/G

Petrol (gasoline) can be difficult to access, with supply restrictions at short notice. The Beirut Rafik Hariri International Airport is sometimes affected by fuel shortages, which can cause air conditioning and lights to be turned off.

The security situation in Lebanon is volatile and can deteriorate quickly. It would be best if you avoid large crowds and political gatherings. Weapons are common in Lebanon, and groups such as Hizballah retain arms beyond state control. Serious escalation can happen with little warning. Celebratory gunfire into the air is common.

The risk to tourists from petty or violent crime remains moderate – however, crime has increased due to the declining economic situation.

The other thing to note is that Lebanese culture is conservative, so clothing in public should be reasonably modest.

Vaccination Requirement: Please check with Tripguard for up dates on vaccination requirements. Visit the government website. 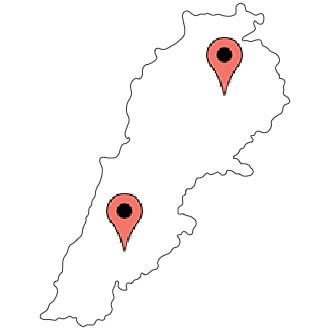