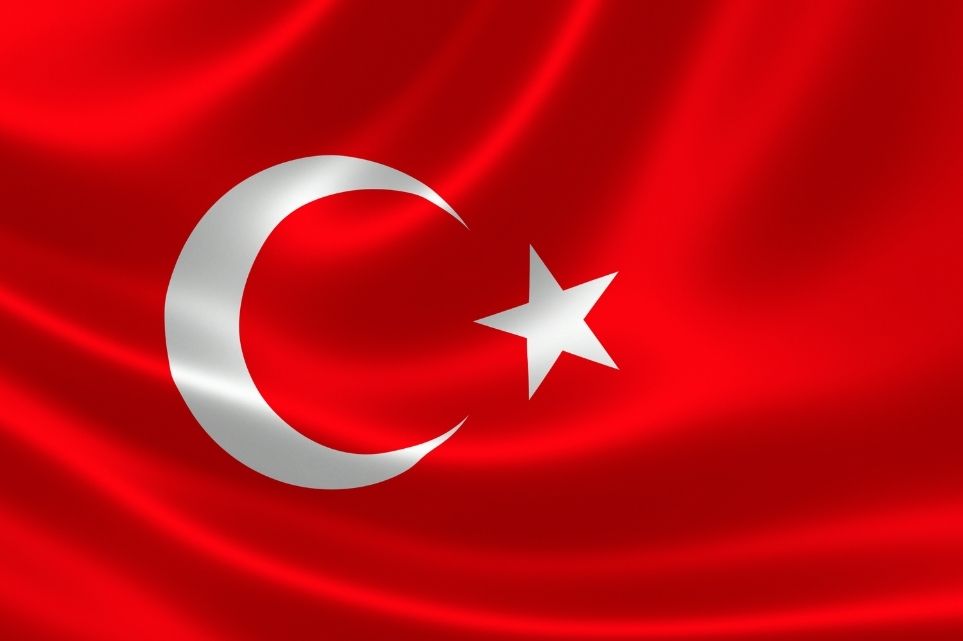 Turkey is a country that has had humans roaming the land for centuries which is why you can visit any region and find an important historical site to visit. I will share some interesting facts you probably didn’t know about Turkey that might surprise you….

1st Christians are from Antioch, Turkey

The city of Antioch is believed to be where the word “Christianity” originated. In the Christian New Testament, it is stated that Antioch is where Christianity emerged. The city became the headquarters of the missionary St. Paul about 47 – 55 CE. Learn more about the history of this location.

The person we refer to as Santa Claus is a man named St. Nicholas, who was born into a Christian family near the ancient city of Myra (Today it is called >>Demre<< during the 4th century. It was not legal to be identified as a Christian during the Roman Empire. When Nicholas became a priest, he was imprisoned for his beliefs. Once Emperor Constantine took power, he legalized Christianity, and Nicholas was elected bishop of the town Myra. He was known for giving gifts to children.

The official name is “Republic of Türkiye.”

The country of Turkey was initially known as Anatolia, a distinguished civilization linking Asia and Europe. The name of Turkey was acquired after the arrival of Seljuk and other tribal Turks in the 11th century AD. The modern name was officially changed to the Republic of Turkey when a coup overthrew the Ottoman Empire. Most recently, President Erdogan altered the spelling of the word ‘Turkey’ to ‘Türkiye’ to rebrand the country and express more of the culture and values of the Turkish nation.

The Turkish Alphabet does not have the letters Q, W, and X

The letters Q, W, and X were illegal to use in words until 2013. In the 1920s, Turkey changed their Arabic Alphabet to Western Alphabet. A law was introduced on the Adoption and Application of Turkish Letters, forbidding the use of Q, W, and X to oppress the minority Kurdish population who had many words with these letters. Finally, after nearly 85 years, the law was reversed to allow these letters back into the alphabet. You will find that these letters are never or rarely seen in Turkish words.

The first coin was made in Turkey

The first coin used with the intent to be used as money by the King Croesus of Lydia was called the Lydian Lion. These coins, dating back to 600 BC, were small gold pieces stamped with a lion and a bull.

Camels are not native to Turkey

Although many associate camels with the Middle East or Africa, they originated in North Africa and the Arabian Peninsula. Through centuries of trade the camels moved into Turkey. Although Turkey is not home to the camel, they have a few camel-centric events, such as camel wrestling.

The Republic of Turkey largest city of Istanbul is located in both the continents of Asia and Europe. The most significant part of the country (97%) is located in the Anatolia region, Western Asia, and 3% in Southeast Europe. The Bosphorus Bridge is a fun way to cross from one continent to another.

Apple Tea is for Tourist in Turkey

The most common tea in Turkey is >>black tea<<. However, a few years ago, apple tea was introduced to the local market, especially for tourists. Apple Tea has been used to treat digestive problems and balance blood sugar. Although this tea is offered in the Grand Bazaar and other touristy places, it is not common for Turks to drink apple tea. Most Turks drink 10 or more cups of tea a day.

Heraclius was a philosopher and skilled military leader who was deeply religious and treated prisoners with respect. Paul the Apostle taught life and the works of Jesus Christ. The ancient Greek fable storyteller, Aesop. The famous Herodotus, referred to as ‘The Father of History,’ was the first to write a systematic investigation of historical events.

Turkey has an impressive collection of well-preserved historical and cultural sites scattered across the country. It has a tentative listing of 84 sites to be considered. These sites are identified, protected, and preserved for future generations.

The Largest Producer of Hazelnut

Turkey produces over 75% of the hazelnut in the world. Due to the climate, Turkey has been exporting hazelnut to the world for six centuries. Most hazelnut gardens are located in the Black Sea region.

Mosques are of great importance in Turkish culture. The largest mosque is called ‘Grand Camlica Mosque.” The most famous mosque is in Istanbul. No matter where you go, you will most likely find a mosque!

Ottoman Empire was the First to Cultivate Tulips

Tulips are native to Turkey. Tulips were introduced to Holland in the 16th century. Under the region of Sultan Ahmed III called the “Tulip Era,” which was a time of peace and joy, the tulip became entrenched in the arts and daily lifestyle. The word >>tulip<< derives from the Turkish word “tulbend” or “turban,” which the flower resembles.

The Temple of Artemis in >>Ephesus<< is considered the first temple made of marble. The King of Lydia built the temple in honor of the Greek God Artemis. It was completed around 550 BC. Located in the southwestern region of Turkey is the Mausoleum of Halicarnassus. The monument was the tomb of Mausolus, ruler of Caria.

The Turkish Language is NOT Arabic

The Tünel line was constructed in the early 1870s and started operating in 1874. Since then, The Tünel has remained in service, making it the second oldest subway in the world.

The Black Sea coastline in Turkey is 1,595 kilometers Long

The Black Sea separates eastern Europe and western Asia. Six countries border the >>Black Sea<< Turkey, Bulgaria, Romania, Ukraine, Russia, and Georgia. The Black is the world’s largest meromictic basin where the deep waters do not mix with the upper layers of water that receive oxygen from the atmosphere.

6th Most Visited Country in the World

In 2019 Turkey welcomed over 51.9 million visitors, almost 14% higher than the previous year. 86% of the visitors are foreigners, and the remaining are Turkish citizens residing overseas. Istanbul, the country’s world-famous touristic city, was the top destination with nearly 15 million visitors.

The Grand Bazaar in Istanbul has 64 Streets and over 3,600 Shops.

It is believed that Grand Bazaar started in 1455 near the palace during the reign of Mehmed ii. Over time the buildings grew in number, engulfing streets along with them. Shopping can be a bit overwhelming but is an experience like nothing else you will see in Turkey or anywhere else in the world.

Turkey is home to the Seven Churches of Revelation

John the Baptist talks about the seven churches in the book of Revelations which are in Turkey – Ephesus, Smyrna, Laodicea, Sardis, Philadelphia, Pergamum, and Thyatira. All the churches received a letter from Saint John praising them on how they improved their faith.

With over 90% of people in Turkey being Muslims you would think Turkey is officially an Islamic country but rather the opposite. Turkey has been officially a secular country since 1928 but the Islamic faith is widely taught here.

Which fact surprised you the most? 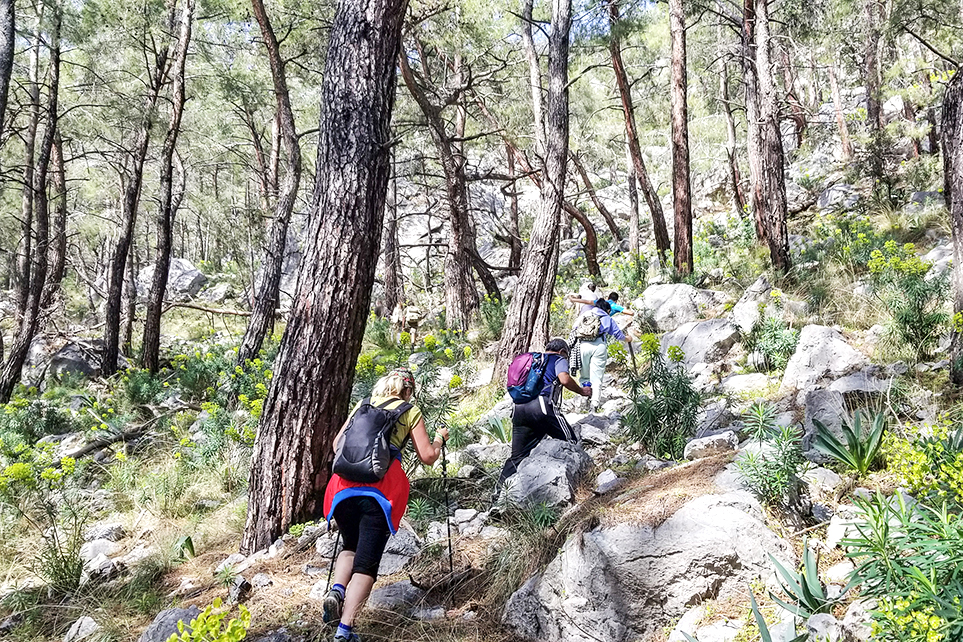 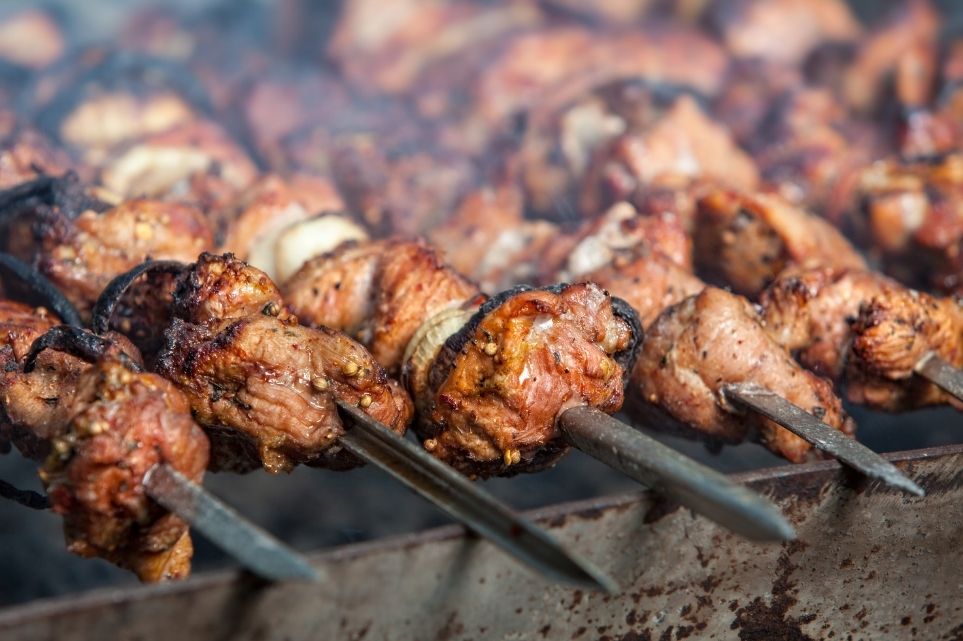