Top
Home  >  Cultural Experiences   >  15 Things To Do In Frankfurt 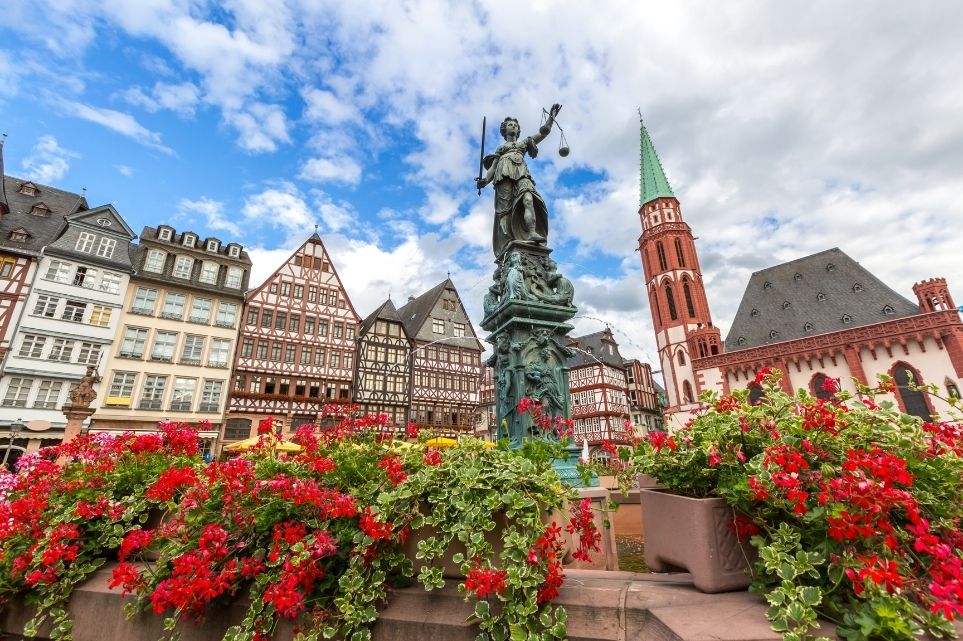 15 Things To Do In Frankfurt

Our road trip to Germany has been an adventure as we are looking forward to sightseeing and eating schnitzel during our scheduled two-week pet sit in Frankfurt.

Frankfurt is a historic city located on both sides of the River Main and referred by most as Germany’s financial center. Some of the tallest skyscrapers of Germany are within the financial district. In addition, Germany’s first democratic parliament and the childhood home of Johann Wolfgang von Goethe are found in the city center. Historical neighborhoods, such as Sachsenhausen, are packed with eclectic shops and traditional taverns.

The gothic red sandstone cathedral is Frankfurt’s notable tourist attraction. After two fires and war, the 13thcentury Frankfurt Cathedral was rebuilt with a 328-foot tower, quickly catching your attention while exploring the old town.

Aside from the fascinating exterior, the Frankfurt Cathedral has a remarkable interior. Take a look at the 14thcentury choir stalls, the Baroque Assumption altar, and the 15th-century fresco of the life of Mary. Then, climb 328 steps to reach the top of the tower and get a panoramic view of the city.

In 1562 the church started hosting Holy Roman Kings coronation ceremonies. Ten kings were crowned between 1562 to 1792 in the Election Chapel.

This is a must-see iconic structure to visit. In addition, the cathedral’s artifacts are showcased in the Dom Museum (within the church grounds).

As you make your way from Frankfurt Cathedral to the heart of the city center, scan the circumference of medieval houses, a church, and historic buildings. Within Römerberg are adorable cafes that skirt the plaza.

The Römer is Frankfurt’s town hall, dating back to the 15th century. When the city council wanted a building to host meetings, it purchased two existing houses side by side. One had the name Römer and the other Goldener Schwan. As a result, the building became the seat of power for over six centuries.

Also, the Renaissance Fountain of Justice, built in 1543, stands tall in front of the town hall.

Near the Römer is the birthplace of the famous Johann Wolfgang von Goethe. Here he spent his childhood and created masterpieces. The home has been converted into a museum, sharing his life in Frankfurt.

An excellent option to spend your day when the weather is sunny is at Plamengarten. This botanical garden sweeps across 22 hectares with 13,000 plants species to admire.

The gardens are organized according to climate region. For example, a glass pavilion contains a sub-Artic landscape, creating a rainforest atmosphere. Another building sets the tone of the Sahara filled with succulent desert plants.

The colorful flowers and fluttering butterflies will give you peace of mind while relaxing in Adirondack chairs, gazing into tall trees.

Within the park are several large playgrounds for children to enjoy. Rent a small boat and paddle across the pond. Bring a picnic and relax on the lawn for lunch. (Several shops and restaurants are in the garden to grab a bite to eat or drink.)

In the summer months, several festivals and open-air musical events occur for you to enjoy. Check the calendar on their website.

After roaming the picturesque Old Town, make your way to the River Main and stroll across the Iron Bridge. Known for its arched metal frame with love locks fastened to the railing. The Eiserner Steg was built in 1869, followed by two rebuilds, making it easier for large boats to navigate the river and the bombing of WWII. As a result, Eiserner Steg is an iconic symbol of Germany.

The bridge connects the Old Town to the fascinating district of Sachsenhausen. Today, the Eiserner Steg has over 10,000 people cross the bridge every day. This architectural brilliance is a great place to snap that epic photo of the Frankfurt skyline.

Relax and Stroll by the River Main

Once you cross the Iron Bridge, walk along the water’s edge and enjoy the serene views of the river. There is a lovely walk and cycling path along the river with benches to sit and cafes to enjoy.

A fun neighborhood to visit is Sachsenhausen. Walk the cobblestone streets and pop into an Apfelweinkneipe (cider bar) for a glass of cider and German food. This area is known to partygoers, but it offers a cheerful atmosphere to explore during the day.

The district of Sachsenhausen was once separate from Frankfurt. With fertile lands on the left banks of Main, it was known for its apple orchards. However, as the climate changed and temperatures dropped, apple orchards soon were replaced by vineyards, hence the rise in Aplfelwein (cider wine).

West of Zeil is Frankfurt’s pedestrian shopping street, the Hauptwache. This public area is often regarded as Frankfurt’s central hub because of its proximity to public transportation stations.

The Baroque Hauptwache building is at the plaza’s center, dating back to 1730, serving as a barracks for the city’s Stadtwehr militia. Since those days, it has been a prison and a police station. Today it’s a lovely café!

Berger Strasse begins by Bethmann Park on the east side of the Innenstadt and travels northeast about three kilometers into the Bornheim neighborhood. While Zeil is popular for shopping, Berger Strasse has an eclectic mix of stores with a German flare. In addition to a wide range of stores, you will be adorned with half-timber buildings that date back to the 1600s.

A weekly farmers market is held near the Bornheim Mitte metro station on Wednesdays and Saturdays.

Frankfurt was guarded by a border wall with towers protecting the city during the medieval period. The Eschenheimer Turm, built in the early 14th century, is one of the 60 city gates remaining.

The ten-story Eschenheimer Turum guarded the northern wall and is one of the oldest landmarks in Frankfurt. Today, the tower houses a café and meeting rooms used by local historical societies. Underneath the tower is a subway station.

Note: To enter the tower, you will have to have a reservation at a posh restaurant on the inside to enter.

Kleinmarkthalle is a foodie’s paradise, filled with over 156 stalls of the best cheese, meat, vegetables, fruit, sweets, bread, and pastries. This hanger-like indoor market is between traditional fresh produce and a cosmopolitan food-stall experience.

Open daily except on Sundays. Visitors will find a superb assortment of international delicacies imported from all around the world. Make a lunchtime visit for tapas, a panini, pasta, truffles, oysters, wurst, or a beer.

Definitely a place you would not want to miss!

Old St. Nicholas Church is a medieval Lutheran Church located near the Römer city hall in Frankfurt’s old town. It was built in the mid-12th century and survived the bombing of WWII.

The small church was used for religious services by the town council. In the 15th century, the building changed, raising the watchtower to enable guards to signal to ships on the river. A century later, the church turned into a warehouse and silo.

It has fifty-two bells (four are used by peals, and carillons use 47). The façade is of the late Gothic, doubled-nave church is painted in its original colors of white and red.

St. Paul’s Church has a significant symbol of Germany’s democracy. It began as a Lutheran church in 1789. In 1848 St. Paul’s Church became the first place a democratically elected parliament was held in Germany. Within the church is where the basis of the German constitution was created. After implementing the constitution, the church returned to its religious services. It is known as the birthplace of German democracy.

Today, St. Paul’s is no longer used as a church but a venue for various events.

Church Of the Teutonic Order (Deutschodenkirche)

Once you cross over the Iron Bridge into Sachsenhausen, you will see the Baroque-style Church of the Teutonic Order, built between 1709-1715.

Kaiser Friedrich II gifted this estate to Kuno von Munzenburg in 1221 and dedicated the church to Mary in 1309. In 1944 the church was destroyed in the bombing raids of WWII but later rebuilt in 1963-1965.

The interior has lovely stained-glass windows, a remarkable sculptured organ, and frescos featured throughout the church.

Church of the Three Kings (Dreikönigskirche)

The Three Kings Church is one the largest Protestant parish in Frankfurt, with approximately 6,200 members. It is situated directly on the banks of the River Main. Many believe the church to be older than what is documented. The precursor of this neo-Gothic church was consecrated in 1340.

The original chapel was built, donated by Heile Dymar to the hospital, and dedicated in 1340. In 1525 this church became the first church in Frankfurt to have exclusively reformed preachers.

If you enjoy visiting museums, check out the Museum District. Here you will find 12 museums on the left bank of River Main.

Frankfurt offers fun activities to explore the city. Here are some suggestions:

Because we were pet-sitting for three weeks in Frankfurt, we ate most of our meals at home. However, when we were sightseeing, we did stop at a few great options in the city. 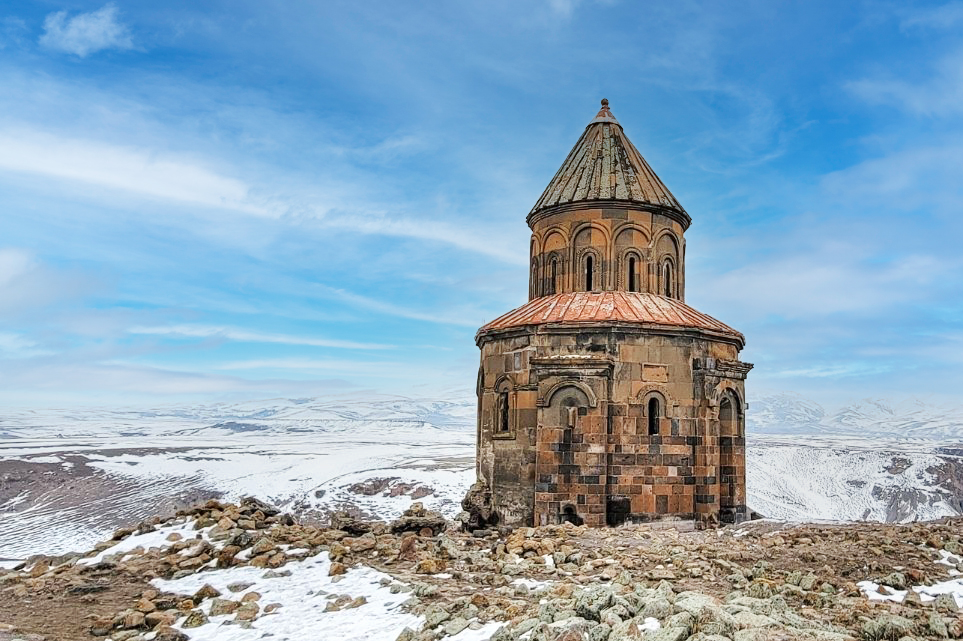 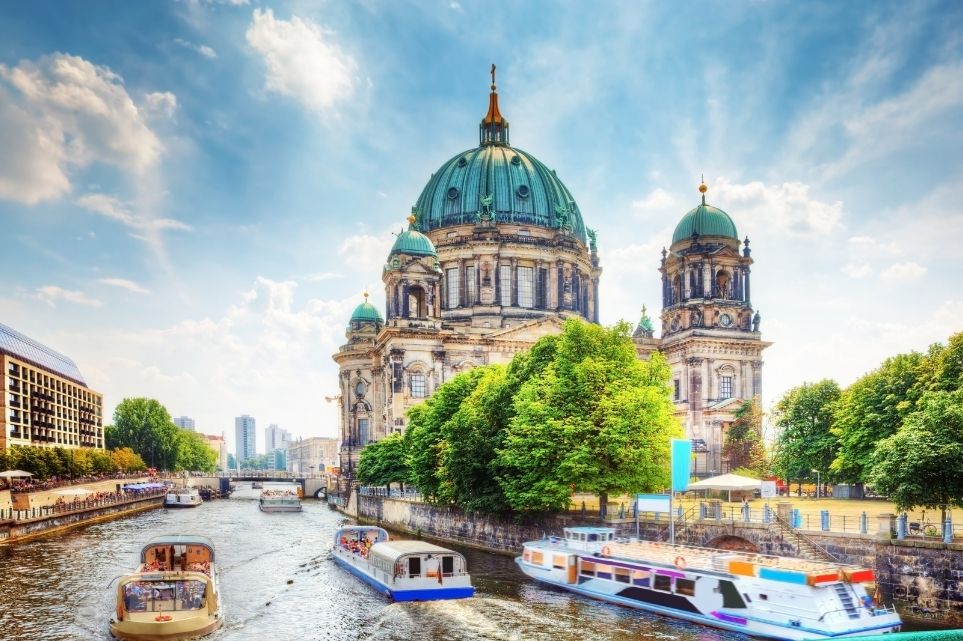