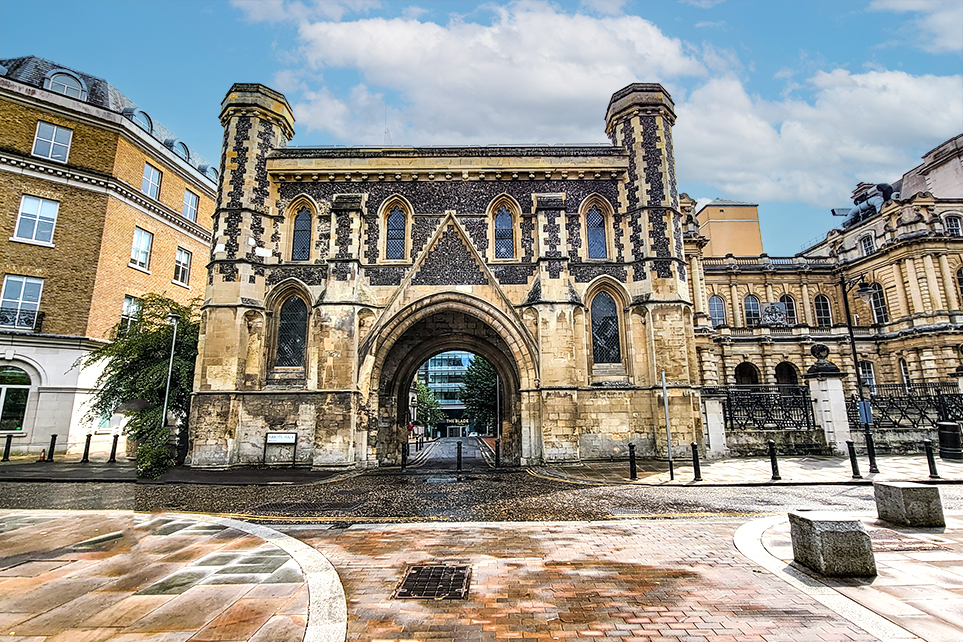 15 Things to See and Do in Reading

As we traveled throughout England pet-sitting, we visited the town of Reading. Reading is located in Berkshire and has grown in popularity for both residents and visitors. It is the biggest town in Berkshire and is excellent for those looking for a day trip from London (30 minutes away) or a short getaway.

Lying in the Thames Valley at the confluence of the rivers Thames and Kennet, Reading became a major commercial center for information technology, insurance, and regional retail.

Reading dates back to the 8th century as an important trading center during the Middle Ages. The Reading Abbey was once the most prominent and wealthiest monasteries of medieval England, bringing pilgrims searching for a cure or seeking medical care.

After a tragic defeat during the Civil War, the town began to see a rebirth in the 18th century as the ironwork industry and breweries grew. Today, it continues to serve some of England’s major industries.

Here are my recommendations of things to see and do in Reading:

As you make your way to the Reading Abbey Quarters, enter the Forbury Gardens by stepping through the wrought-iron Victoria Gates and admire the stunning flowers and lush landscape. This one area once formed the outer court of the Abbey. It became a public park in the middle of the 19th century.

Within the Forbury Gardens is King Henry I’s Memorial Cross, where the west end of the Abbey once stood.

The Maiwand Lion statue stands tall in the center of the Forbury Gardens and is an iconic part of the town’s identity. It was erected in 1886 in honor of the Berkshire Regiment, who died in the Battle of Maiwand in Afghanistan.

Founded in 1837, St. James’ Roman Catholic Church was designed in Romanesque architectural style, giving a flare of what the Abbey church once might have resembled.

It is the starting point of the St. James Way, part of the English leg of the Camino de Santiago.

This elaborate Gateway overlooking the Forbury Gardens is part of the remains of Reading Abbey Quarters. The Gateway divided the public area of the Abbey grounds and the private area where the rest of the ruins are located. The Gateway was restored in 2018.

The Abbey Gateway was once part of the Reading Ladies Boarding School. The novelist Jane Austen and her sister Cassandra attended here.

During medieval times, Reading was a prominent religious community and the site of a great royal Abbey – one of the largest monasteries in Europe.

In 1121, King Henry I said he would build a new abbey. The Abbey would be enormous and provide living quarters for dozens of monks who worship at the church.

King Henry I died before his Abbey was complete and was buried here in 1136 in front of the high altar.

The Abbey church was officially opened by the Archbishop of Canterbury, Thomas Becket, in 1164.

For over 400 years, monks lived, worked, and worshipped here. Many royal funerals, weddings, and parliaments were held at the Abbey. In addition, the site was known to attract thousands of pilgrims to pray for a blessing or a cure.

The remains of the apse were destroyed, and a new County Gaol was built in 1786. The Gaol enforced the ‘separate system,’ which ensured prisoners never saw nor spoke to anyone. Oscar Wilde was famously imprisoned here between 1895 and 1897, leading him to write ‘The Ballard of Reading Gaol.’

Though only crumbling remnants of the Abbey are left, the grounds are free to explore at your leisure.

Once you have explored the Abbey Quarters, go back through the Forbury Gardens and cross Forbury St. into ancient Saint Laurence Cemetery as you make your way to the Saint Laurene Church.

St. Laurence Church was one of the three original parish churches (St. Mary’s and St. Giles;) serving Reading during the medieval period. The church was built starting in the 12th century. Due to the location right outside the Abbey, a large market sprung up around the church, making it import landmark for trade. It earned the nickname “Market Place.”

The current tower was built in 1458 and contains serval fragments of Norman work. This suggests that the tower was partially built with materials from the original tower from the Norman ear.

During Reformation, the church was drastically altered. Murals were whitewashed, images defaced, stained glass windows were removed, and almost all altars were removed.

It wasn’t until the 18th century that the tower was restored. But during WWII, it was bombed, and damage from this can be seen in the walls today. Following the war, the church membership declined and later closed. It wasn’t until 2004 did the church reopen and is a functioning church today.

In front of the Saint Laurence Church is the lovely Town Square with benches and flower beds. Within the square is the Queen Victoria Statue. Queen Victoria was widely respected throughout England.

The area is lovely for taking a break from sightseeing or grabbing a bite to eat and relax.

Inside the gorgeous Town Hall building is the Reading Museum. The museum is an excellent place to visit to learn about the history of Reading, the English county of Berkshire, and the surrounding area. Here you will find galleries describing the history of Reading and its related industries.

Explore the famous Victorian replica of the Bayeux Tapestry. The tapestry is 70 meters long and chronicles the legendary tale of the Norman conquest o England when William the Conqueror invaded and defeated King Harold Godwinson.

If you need some retail therapy, you won’t be disappointed at the Oracle Shopping Center. With over 80 stores and well-known brands, you’re bound to find what you’re looking for here.

Outside, the Kennet & Avon Canal runs through the Oracle’s Riverside area, a great place to eat, drink and relax. The riverside often hosts seasonal events and catering vans. Sitting out on the terrace overlooking the banks is a lovely way to end the day.

At this site where St. Mary’s is located once stood a nunnery in the late 10th century founded by Queen Elfrida.

The church was founded in 1848 by William John Butler, the Vicar of Wantage. St Mary’s the Virgin Church was one of the first Anglican Religious Communities to be established in England since the Dissolution of the Reading Abbey by Henry VIII.

This long stretch of grassy meadows stretches from the north banks of the Thames River from Caversham Bridge to Reading Bridge. Here, you will find a long walkway near the water, picnic tables, a children’s playground, and paddle boat rentals. Click here for parking.

Due to the overpopulated flock of geese, the area was littered with bird-poop. Beware of your step!

The synagogue opened its doors to 13 families in Reading in 1886. The Reading Synagogue is in a traditional Moorish-style building. It is still providing services today.

Throughout the year, Caversham Court hosts activities and events for the whole family to enjoy. In the summer, take in the brightly colored lavender bank of flowers or see the ancient family yew.

Relax and enjoy the gardens to picnic with family and friends. Here you will find special events that will be hosted.

Sip English tea or eat a slice of homemade cake at the award-winning tea kiosk run by volunteers during the summer.

The church graveyard surrounds the building with some very interesting tombstones.

One beautiful building to see in Caversham is the library, a Carnegie building that opened in 1907. If you are in the area, make sure to check it out!

Lebanese Village -This cozy restaurant serves delicious Lebanese kebabs, salads, and hummus. Make sure to book a reservation as the place is small.

Buon Appetito – An Italian restaurant with rustic interior details. The place is small, so call ahead for reservations. 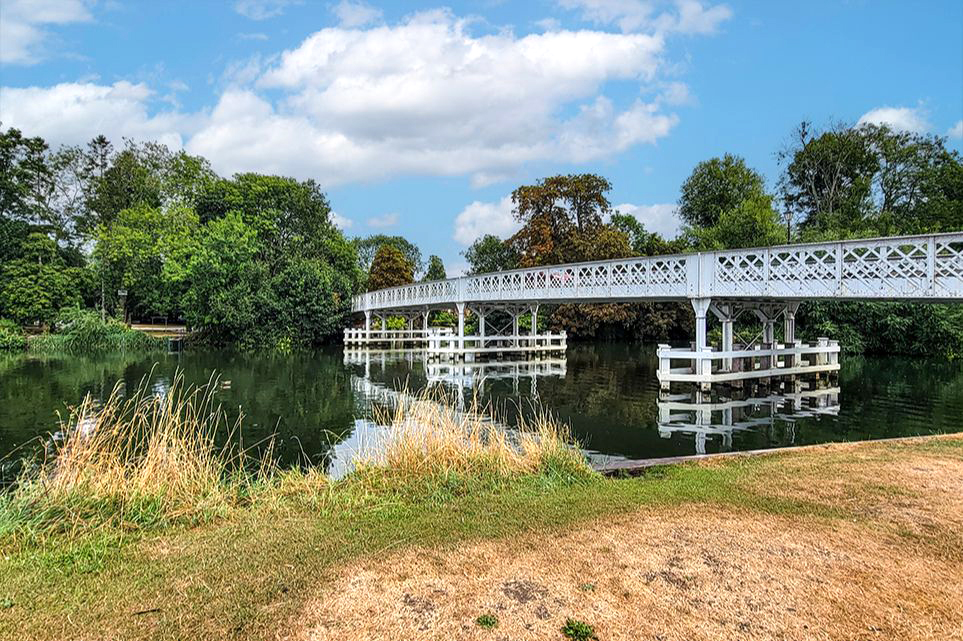 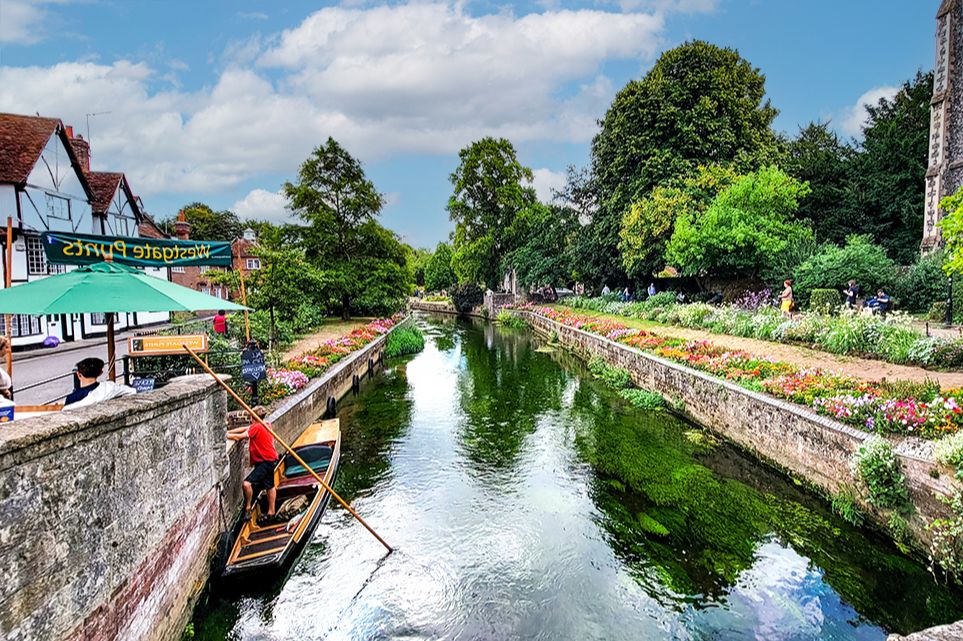