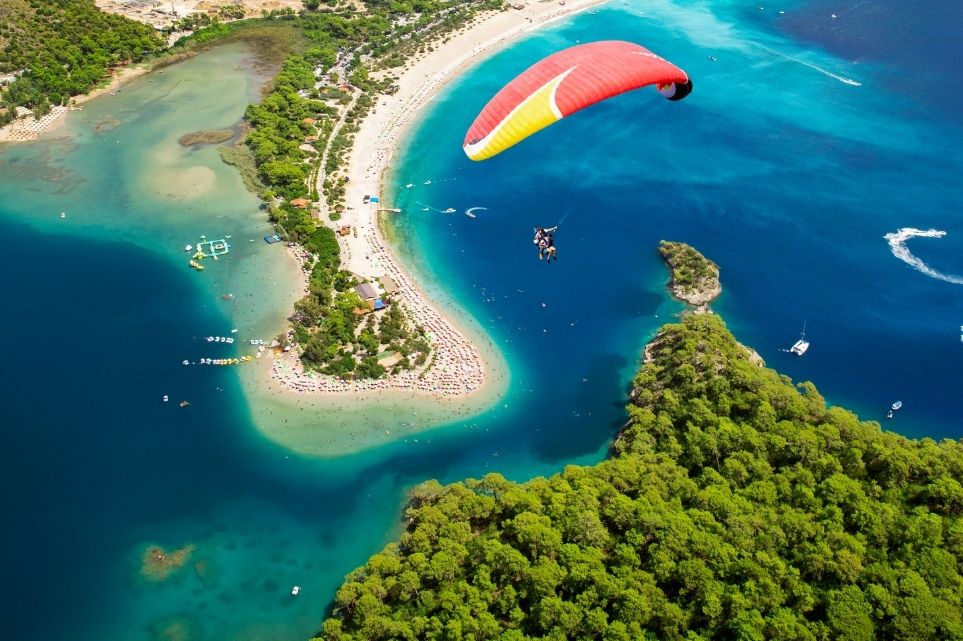 If you are looking for adventure and experiencing paradise, you must travel to Fethiye and Oludeniz, Turkey. Only 10 minutes apart, these two cities have so much to offer and should be on your bucket list to visit.

The modern-day Fethiye is located on the site of the ancient city of Telmessos. Later the city became a part of the Persian Empire in the mid-5th century BC. Little is known about the Byzantine times’ dwellers, but evidence of building structures gives clues that it served those living during this period. Over the 7th-8th century, the city was abandoned, and the ancient city was forgotten.  Until the 19th century, the city had many rulers who would change the city’s name. It wasn’t until 1934 the city was renamed Fethiye. This region of Turkey experienced earthquakes in 1957, and the city has since rebuilt itself to what it is today.

Ölüdeniz means’ dead sea’, which refers to the calm waters even during storms, is known for its blue lagoon. The lagoon is a national nature reserve, and construction is strictly prohibited. It is known for its blue flag beaches. Although this town never became a favorite for port settlement, it began its life as a small village called Belcegiz, a quiet fishing hamlet.

Things to do in Fethiye:

Before we moved to Antalya, we connected with an expat living in Fethiye, Christopher William.  Christopher boasted about Fethiye and encouraged us to visit him once we settled into our home in Antalya.

These notable Lycian rock tombs artistically carved into the sides of the towering cliffs overlooking Fethiye is a sight to see up close. It is a temple tomb and dates back to 350 BCE.  Although the ornate pillars on the outside are 6 meters tall, the darkroom inside is about 3 square meters. Smaller rock tombs litter the face of the cliff. The Lycian people believed in honoring their dead with impressive tombs. I suggest driving or catch a taxi to The King Garden restaurant, which will drop you off in front of the entrance gate. Once inside, you will need to climb approximately 200 steps up to take a closer look at the tombs. The entrance fee is 30TL, or you can use your museum card if you have one. Get one if you don’t. It is worth every TL.

The bar at Olimpos Beach Hotel.

Throughout the city of Fethiye is a unique collection of sarcophagi built by the Lycians around the 4th century. These sarcophagi have been left in their original locations, made out of local limestone. The top of the structure is designed to look like the bottom of a boat. When you walk down the hill from the Amyntas Rock Tombs, you will find several sarcophagi. One is in the middle of the street, and the others are near a playground. The best-preserved sarcophagi are on the waterfront just north of the town hall building.

Explore the old town of Fethiye and Market Days

Old town Fethiye is a great place to walk the cobblestone streets and experience the Turkish people’s culture. Although I am not into shopping much when exploring new cities, I found that Fethiye had some lovely places to enjoy shopping. A couple of spots are a must: the famous Umbrella Street and the Fish Market, where you get to select fresh fish from any of the fishmongers and have it sent to a restaurant of your choice where your fish will be cooked just the way you like it. We decided to come back here in the evening to have a perfect dinner.  You will find various shops at Umbrella Street to meet your needs, from clothes, souvenirs, home-goods, textile, leather products to art. Every Tuesday is the big Market Day in Fethiye, with vendors offering homemade goods, fresh vegetables, fruit, and much more. (Also, check out Sunday Market).

This remarkable museum is housed in a stunning structure that was a Byzantine church erected in the 11th century. Here you can find showcases of interesting artifacts dating from 3000 BC to the Byzantine era. Inside you will find one of the gorgeous 14th-century mosaics.

Yeniceri Hotel is a beautiful boutique hotel located in the city center and only a few steps away from the harbor and many great restaurants. The nightly stay includes breakfast.  The staff is very friendly and helpful with information about the city and region.

Things to Do in Ölüdeniz

Ölüdeniz is famous for its Turquoise Coast and Blue Lagoon. To reach Ölüdeniz from Fethiye is very easy, either by bus or taxi.

Ölüdeniz is known for its world-class paragliding. Pilots from around the world visit here to experience the thrill of paragliding. Paragliding has been on my bucket list for many years. Our friend Christopher is an experienced paraglider and was excited to join us in our adventure. Christopher connected us with Sky Sports Paragliding, the first company to offer Paragliding in the region and has the best and most experienced pilots. After a brief instructional session, you will be taken to the top of Babadağ Mountain at 1960 meters, which is about a 30-minute drive to the top. The pilot will coach you, and once in flight, sit in the harness and enjoy the magnificent view below and all around you. For me, this was one of the most exhilarating experiences I have ever had!

As we paraglided into Oludeniz, we had a bird’s eye view of this stunning lagoon.  Not only is it breathtaking from the sky, but it is also a relaxing place to spend the day. The water is exceptionally calm, which makes for a great place to float and sunbathe. The beach is private, and therefore you’re expected to pay a small entry fee.

The white sandy beach is nestled next to the Babadağ Mountains. The water is something you would only see on a postcard. As you sunbathe on the beach and look up into the sky, you will see hundreds of colorful paragliders coming from the mountain, heading to land at the beach right behind you. Ölüdeniz Beach is public and open to everyone. However, you can rent a couple of chairs and one umbrella for 40TL for the entire day.

Travel by boat to Butterfly Valley

Although we did not have time to explore Butterfly Valley while in Ölüdeniz, it is another of those natures’ beautiful creations. The valley is quite lovely as it is lush and green with two mountains on either side. When you arrive at Butterfly Valley, you can either stay at the beach or hike into the canyon. It is known to be the home of migrating butterflies during a specific time of the year. We opted to visit this valley in late August or early September when we could see butterflies.

If you enjoy shopping but do not want to give up going to the beach, Ölüdeniz is the place for you. Shops, restaurants, and vendors selling boat trips and other excursions are located on the street leading up to the beach. This is a nicely paved street and has something for everyone. If you want to enjoy a margarita or a beer while at the beach, you have plenty of restaurant options, only a few feet away.

Excursions outside of Fethiye and Ölüdeniz

Visit the Ghost Town of Kayaköy

Once inhabited by Greek Orthodox Christians who lived in complete harmony with the Turks until the 20th century, things changed due to the Turkish Greek Population Exchange. Today, around 500 houses, schools, and two Greek Orthodox churches remain in ruins. Make plans to visit late afternoon to enjoy the cooler climate and enjoy one of the several restaurants. Kayaköy is about a 30-minute drive from Fethiye.

Yachts and Sailboats in Göcek

Enjoy walking about one of Turkey’s most elaborate marinas, serving some of the rich and famous yacht owners. Around the marina, you’ll find many restaurants, cafes, and ice cream shops. Its city center is rich with clothing stores and souvenir shops. Göcek is a quaint and lovely town and will make an enjoyable day visit as it is approximately 30 minutes from Fethiye.

Loggerhead sea turtles in Dalyan found refuge in this beautiful coastline. You will discover nesting cages protecting their eggs along the shore. Visit Sea Turtle Research, Rescue & Rehabilitation Centre to see what the animal rescue team has done to save and protect these endangered turtle species.

Also, while in Dalyan, be sure to take a boat taxi to see the Lycian tombs carved into the mountainside along Dalyan Cayi River and visit the ancient city of Kaunos. Kaunos once prospered until the 15th century, when a severe malaria epidemic occurred, causing the villagers to abandon the city entirely. The entrance fee to the site is 30TL or free with your Museum Card.

We found lots to see and do in Fethiye, Ölüdeniz, and the towns nearby that kept us busy for the three days there. Now that I have seen it with my own eyes, I understand why they call this coastline the Turkish Riviera. The beaches are amazing, the mountains are breathtaking, and so much history surrounds these communities. 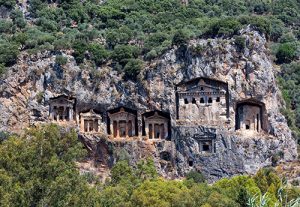 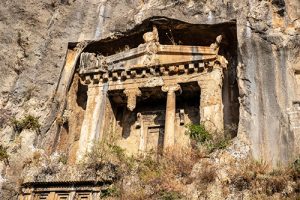 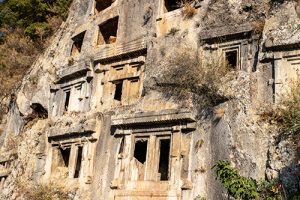 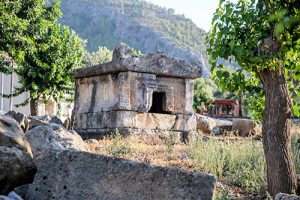 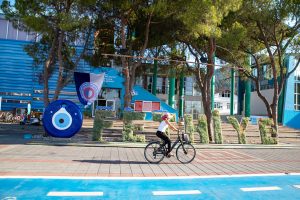 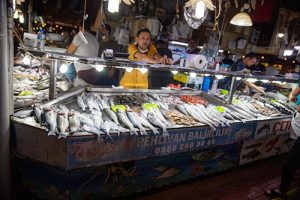 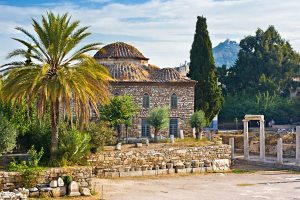 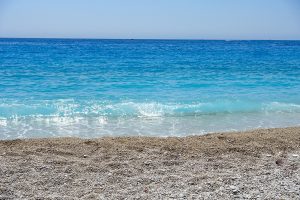 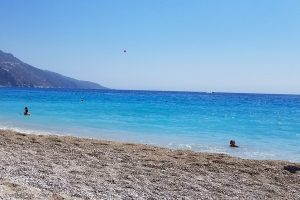 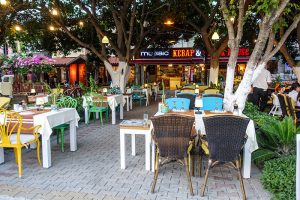 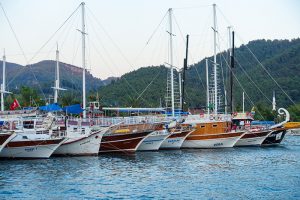 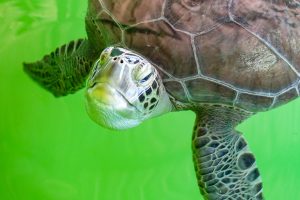 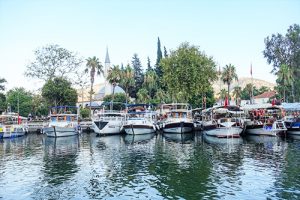 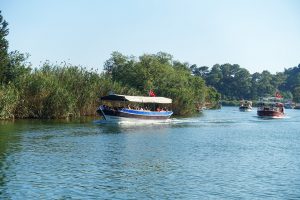 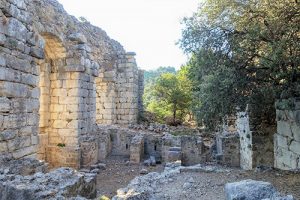 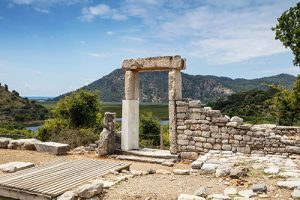 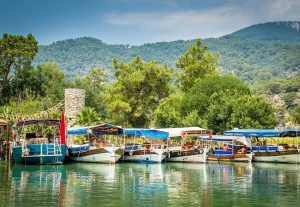 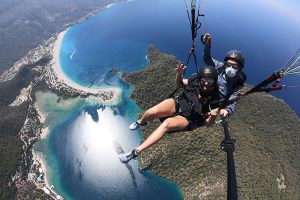 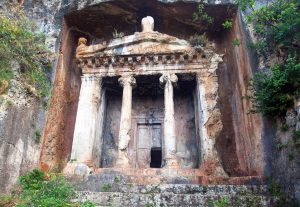 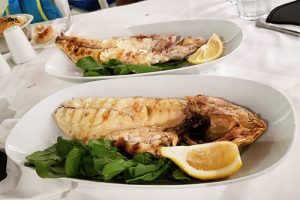 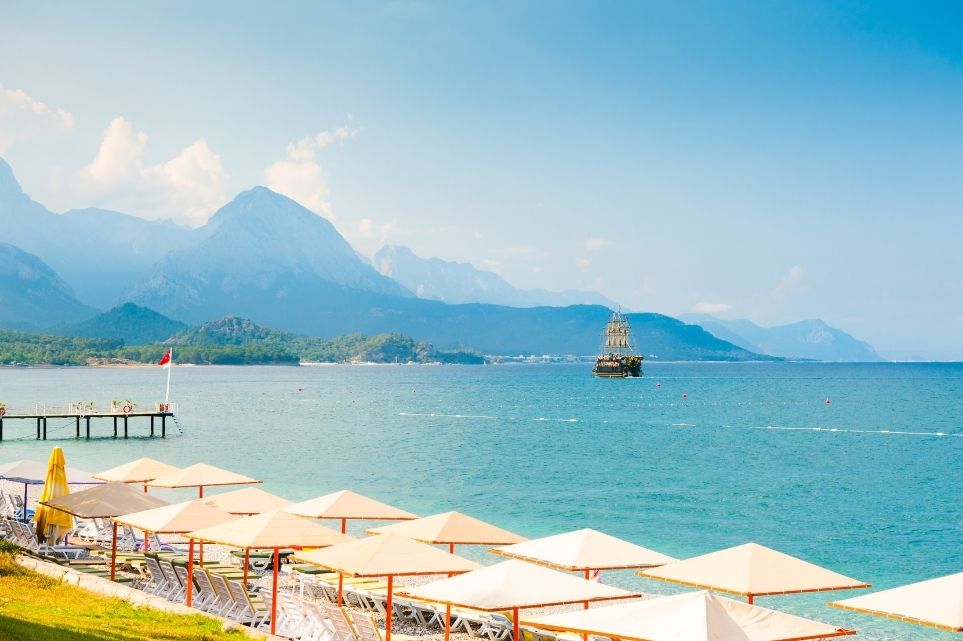 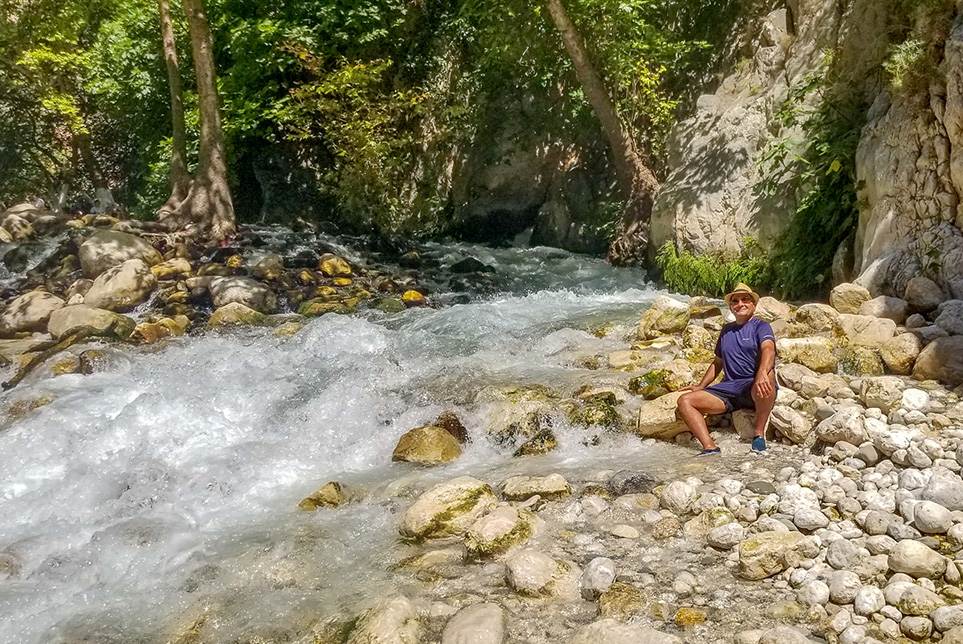