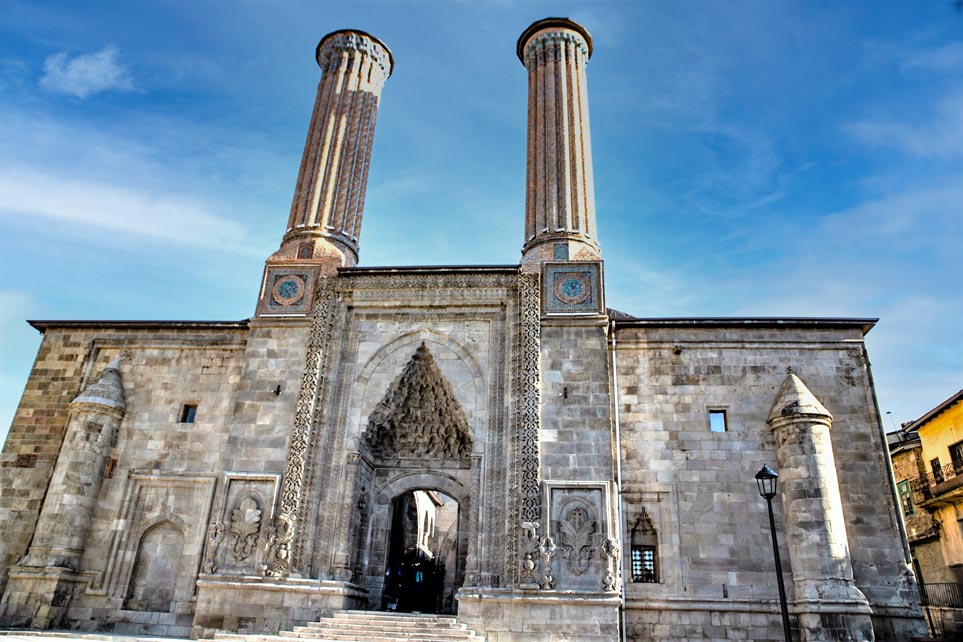 Places to Visit in Erzurum

When you think of traveling to Turkey, the most common destination that comes to mind is Istanbul. But there is so much more to see in Turkey. The north-eastern Anatolia region is worth checking out. My husband and I made an extensive three-week road trip to the Black Sea and on the way back we stopped in the city of Erzurum; the capital of this region, to check out some of the most breathtaking landscapes and sites. Hidden within this city are some of the most elaborate architectural monuments most tourists never visit.

Located on a high plateau (1757 meters above sea level), Erzurum province has always been a transportation junction connecting travelers coming or going to Eastern Turkey.

The city was once occupied by the Armenians and was named “Karin”. Later, the city fell under Roman control and renamed Theodosiopolis, after Emperor Theodosius. Due to its strategic location, the city saw many fortifications under each Emperor’s throne.

The city has always been a point of collision of forces coming from various directions and served as a base of operation. In 931, Byzantines took the city back from the Arabs, forcing them out of the region. Later, they worked together with the Armenians to rebuild the city in 1018. The city passed from Trebizond Emperor, Turkmen, Safavid Persian until it fell under the Ottoman Empire. In 1821 the Ottomans were defeated (at Erzurum), which eventually led to its capture by the Russian empire in 1829. However, in the same year, a treaty forced the Russians to hand the city back. When the modern Republic of Turkey and its founder; Mustafa Kemal Ataturk, took control of Erzurum and became a province of Turkey.

Today, the modern city is still intertwined with its historical past and integrates a university, residential and commercial buildings, and shopping centers. For nature lovers, Lake Tortum, 120 km (75 miles) from the city center, and Mt. Palandoken offer perfect places to visit. The waterfalls at the northern end of Lake Tortum are worth seeing.

Cifte Minareli Medrese, (Twin Minarets Madrasa and Tomb), built in 1200’s and has an interesting twin Minaret seminary. This monument was built when Erzurum was a wealthy Seljuk city before suffering attack and devastation by the Mongols in 1242. This building is located towards the east of the city center and can easily be spotted because of the twin brick minarets decorated with eye-catching small blue tiles. It is genuinely astonishing to view the facade that exemplifies how the Seljuks liked to experiment with different variations while aiming for symmetry.

The monumental structure with its many columns and seven wide naves is the Atabek Mosque, also known as the Erzurum Grand Mosque, built in 1719 under the leader Melik Nasirüddin Muhammed Bey. It earned its name “Atabey Mosque” due to the devotion and respect for Sultan Aatabeg Kizil Arslan.

Üç Kümbetler Tombs consist of three mausoleums that date back to the 14th century. The legend has it that the largest octagonal-shaped tomb belongs to Emir Saltuk, who established Saltuk Turk rule in Erzurum in the late 11th century. Based on stylistic comparisons, scholars date the other two tombs unmarked and unnamed to the fourteenth century/eighth century AD.

The Üç Kümbetler (“Three Tombs”) is located just south of the city center of modern Erzurum. In the medieval period, the tombs would have laid outside the city walls not far from Tabriz Kapısı (Tabriz Gate).

Yakutiye Madrasa reflects the traditional architectural style of the Seljuk Period and is located in the group of madrasas with four iwans and closed courtyards. When the Mongols ruled this region, Yakutiye Medrese served as a Mongol theological seminary and dated back to 1310. The Mongols used this monument to train their priests and rabbis. You will see variations of geometric plant and animal motifs within the décor of the structure

Turkish-Islamic Arts and Ethnography Museum are in the premise of Yakutiye Medrese. Here you will find prized handwriting, glassware, metal, and ceramic artifacts of Islam from different parts of the world. Once inside, you will notice the faceted stalactite work that catches light from the dome’s central opening, which makes delightful patterns on the walls.

Lala Pasha Mosque is the first mosque built in Erzurum during the Ottoman Period in 1562. It has also been a model for other Ottoman mosques constructed here.

Erzurum houses are the products of a traditional culture where a patriarchal large family type prevails. Typically, the grandparents lived with one of their children and their family. Today, you can see a few of these traditional-style homes called tandoori houses on display for visitors to tour.

Erzurum Castle, locally known as Erzurum Kalesi, lies on top of the hill in the city center. It is believed to have been built during Urartian times. The history of Erzurum tells a story of frequently changing hands between Assyrians, the Sassanids, Persians, Arabs, Romans, and Byzantines. The castle standing today was built in 415 A.D., under the Byzantine Emperor Theodosius II.

Erzurum Castle was seriously devastated in almost every period of conquest but was rebuilt and restored every time by the new rulers. One of the last rebuilding phases took place in the 16th century by the Ottoman Sultan Suleiman the Magnificent.

A lovely castle, although there is not that much to see inside. But you can climb to the top of the clock tower (Tepsi Minaret) for some splendid views over the city.

Tepsi Minaret (Clock Tower) is within the Erzurum Castle. It is not known precisely when the clock was added to the tower. It is believed that the tower, once a minaret, was built before 1843.

From here you have the best view of the city of Erzurum. The spiral stairs are narrow, so be careful on your way down. As your reach the top, you will have to climb a step ladder to reach the platform. When you get to the top of the citadel, you can get a great panoramic view of the city below.

Each region of Turkey is so different from the other. With its long history of giving shape and design to the cities, you will always find something unique to see while visiting. The rich background and historical monuments bring Erzurum under prominence for “history lovers” or those interested in architecture. I can guarantee you that Erzurum is the place you want to visit when exploring Turkey.

Where to Stay:  Hotel Zade is a lovely boutique hotel, centrally located to all the major sites. Free breakfast included.

How to get there: Erzurum has an airport. We traveled by car from the Black Sea region as we were on a three-week road trip.

Extra Tip: Erzurum is known for its production of sweet honey. You will see many beekeeping farms along the roadside. We stopped at a local store, Yumpa, which offered us several samples to taste. He shared honeycombs and offered a cup of tea to stay a while and try various cheese samples. 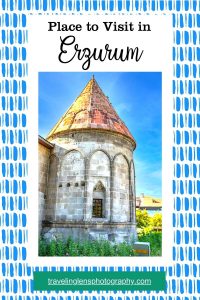 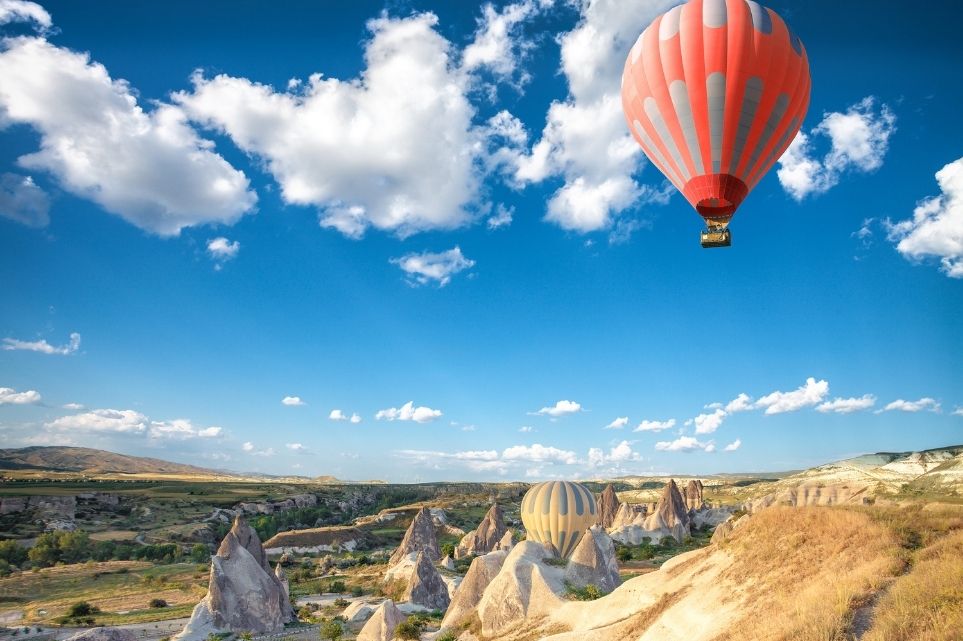 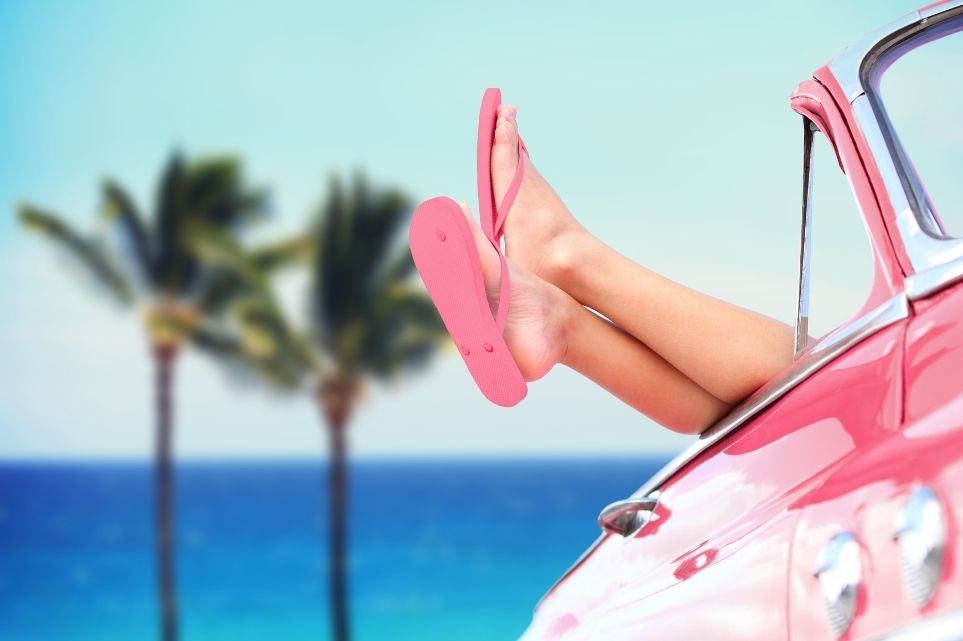