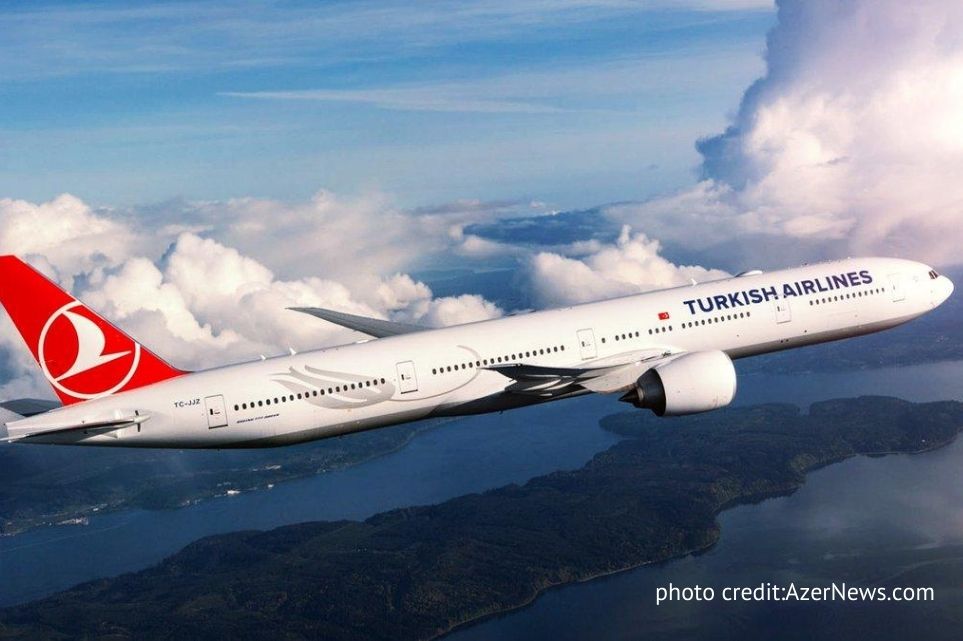 Reasons to Travel on Turkish Airlines

Living as expats in Antalya, Turkey, has been an authentic experience living in a new country and traveling the world. I am from the United States and decided two years ago that I wanted to give up the rat race lifestyle and moved across the ocean to Turkey. Unfortunately, my arrival in Turkey occurred a week before the lockdown due to the pandemic, which was stressful and overwhelming.

Recently, my husband and I took our first flight back to the USA to visit my family and friends. However, with so many new rules, restrictions, and pre-flight testing requirements, it took a bit more effort to schedule and book a flight.

Turkish Airlines was established in 1933 as Turkish State Airlines, as a department of the Ministry of National Defense. In 1938 the airline became a part of the Ministry of Transportation. From the 1970s to the early 90s, the airline went through some difficult times. In 1983 a new government arrived into the office and began a total make-over of the business. Turkish Airlines began to see success in the 1990s after offering a nonstop flight to New York City. While the company’s capital continued to rise, the domestic market was deregulated in 1996. Trying to be competitive, Turkish Airlines entered into a joint venture with Japan Airlines, followed by Austrian Airlines, Swissair, and Croatia Airlines.

Although the company was publicly traded, the government-owned 98% of its shares in the 1990s. Currently, the Republic of Turkey’s Prime Ministry Privatization owns 49.12% interest, while 50.88% of shares are publicly traded.

As a result of the 2016 Turkish coup, the US Federal Aviation Administration banned flights to Turkey from the United States. The ban was lifted three days later but led to a profit collapse of 1.9 billion Turkish Lira. Luckily, in the following years, they began recovering their losses with the rise of tourism.

As the airline gained financial recovery, Turkish Airlines has received many awards for its service and reliability.

Here are the top “10” reasons to choose Turkish Airlines for your next trip:

Turkish Airlines provides competitive pricing and offers discounted airfare on destinations around the world. Travel search engines will give you a good comparison of their prices and schedules. If you want to travel in business-class, upgrades are also reasonably priced.

When traveling on long flights, you want to have more legroom than usual, along with comfortable seats. Turkish Airlines offers comfort and spacious legroom. The economy class seat has a footrest and adjustable headrest for comfort if you choose to sleep. A comfortable blanket along with a mini travel pouch (includes toothbrush/paste, socks, blackout mask & earplugs are given to those traveling overnight.  If you are traveling in business class, you will find in-chair massage functions, charging stations, personal screens, and a reading lamp. If traveling overnight, seats in business class become beds to allow you to rest.

Offering online check-in either through the mobile app or website makes it convenient to board a plane efficiently. In addition, travel agents within the airport are helpful to assist you with baggage check-in or upgrades.

All employees are always required to wear a mask. Cabin crews get a temperature check before a flight, a mask, gloves, glasses, and personal protective equipment to use in the air. Flight attendants ensure that travelers are adhering to the mask-wearing rules.

When boarding the plane, physical distancing rules are followed, so passengers are called to checkpoints in small groups.

After each flight, in-depth disinfection of all touchpoints in the aircraft is sanitized. In addition, within the plane’s cabin is HEPA filters that use a special filtration device that can eliminate 99.97% of contaminants in the cabin’s air.

Traveling overseas for an extended period means the need for more luggage. Traveling to the United States, we were allowed two check-in bags (50lbs each) along with a carry-on (20lb) and a purse/backpack. Turkish Airlines is also accommodating when bringing aboard sports equipment or musical instruments.

Although I did not have any experience traveling with a pet, I can say that they are welcomed to travel on Turkish Airlines. For an additional fee, pets will be placed in a special cage and delivered to your cabin. All traveling pets require certain documents, so please visit the Turkish Airline website for more details.

When traveling on a plane for 12 hours, you want to have options in entertainment to make the time go by faster. Therefore, television programs, music, movies, games, and news are available for free while traveling on Turkish Airlines. I was surprised at the wide range of old and newly released movies available to watch. This made the long flight more bearable!

I have traveled on many different airlines, and Turkish Airlines does an excellent job serving tasty food to its travelers. Granted, airline food is not something you seek, but when traveling on a 12-hour flight, you hope to have warm, flavorful food to satisfy you. On our trip to the United States, we had the option of Grilled Chicken with vegetables or Pasta. All meals come with a salad and dessert of some sort. Access to snacks and drinks was available between meals.

If you are traveling with an infant or small child, you have the option to have the infant sit in your lap, and the airlines will provide you with a special baby belt over seats. Turkish Airlines also offers baby food on flights if needed.

Suppose you travel frequently and need a place to relax while waiting for your next flight. You can find a shower, chair massage, Wi-Fi, meeting rooms, children’s areas, snacks, meals, and comfortable seating within the lounge. Turkish Airlines prides itself on service quality and class.

Turkish Airlines is a perfect choice for your travel. The services, attendants, and flight options are what make Turkish Airlines a world-class airline. My experience has been excellent with premium service. So, when booking your next flight, consider Turkish Airlines for an enjoyable flight!

Please read my blogs about other exciting places around the world to enjoy good food and travel at Traveling Lens Photography. 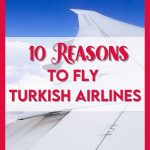 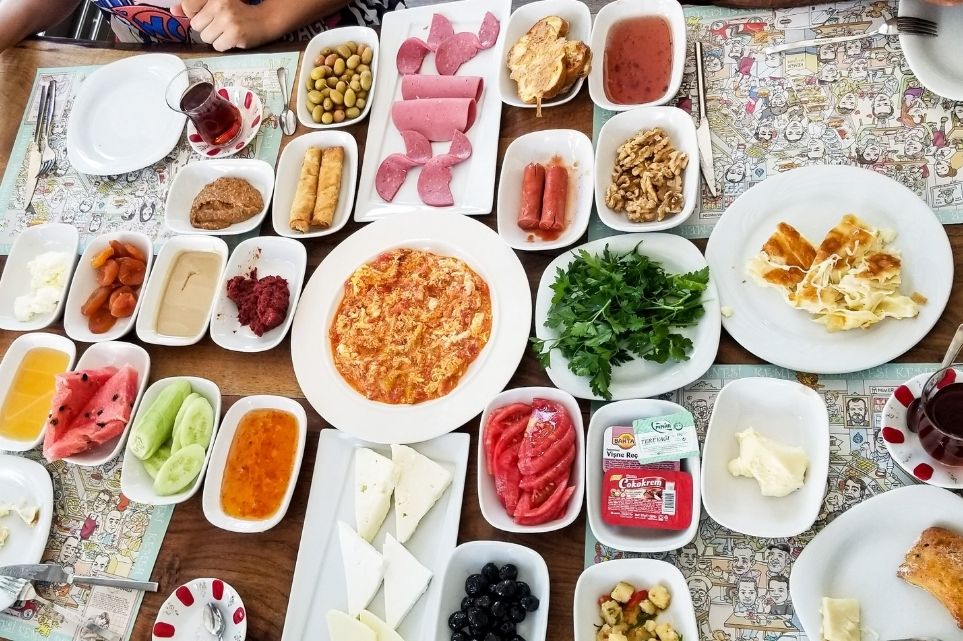 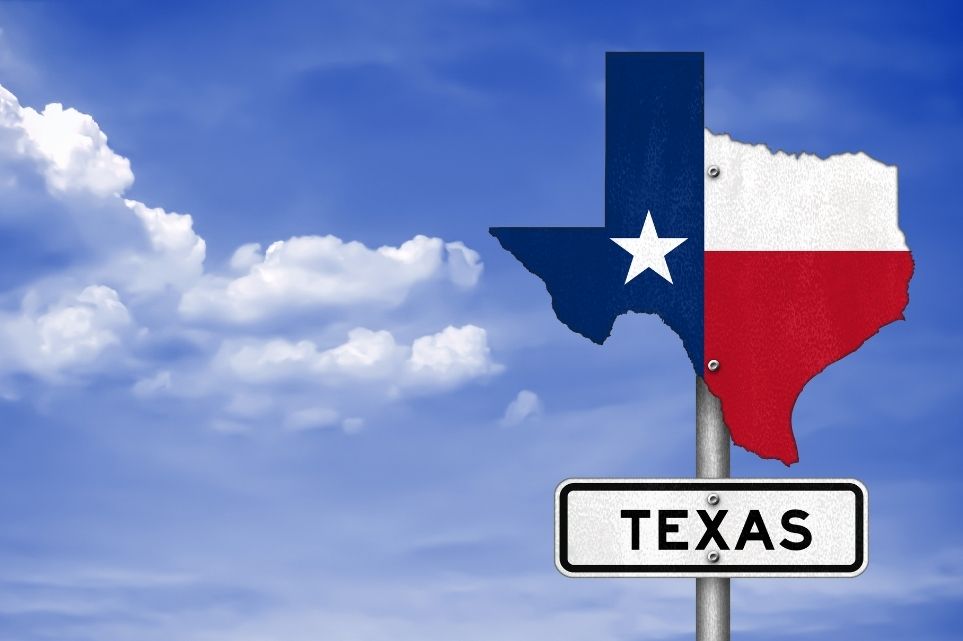