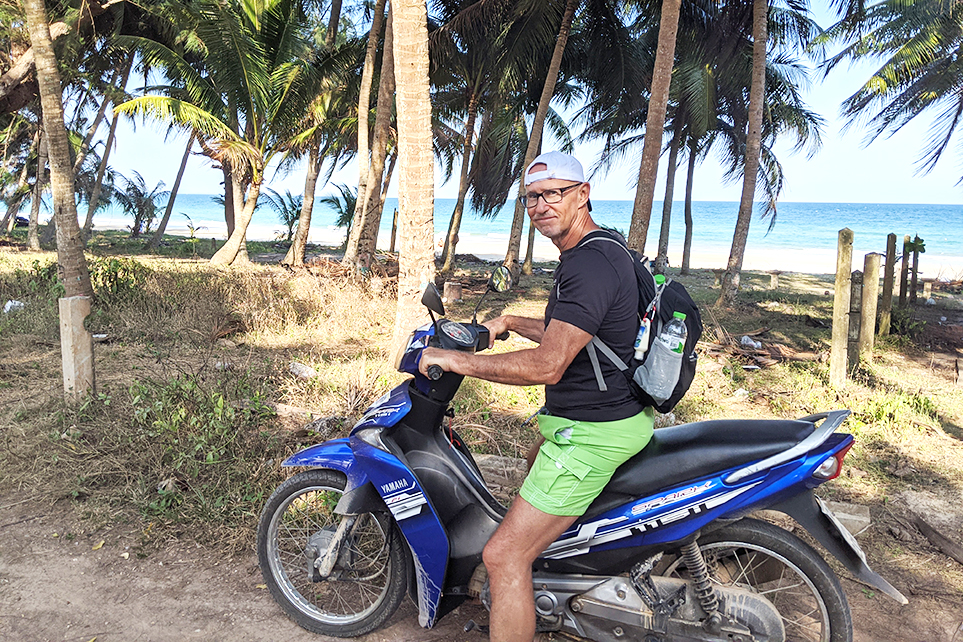 Living as an expat, I have had the pleasure of meeting interesting people from all over the planet. I have learned more about cultures than I could ever dream of through these connections. Each time I meet a new person, I tend to drill them with a list of questions; where are you from, why are you here, what are your plans, what do you do for a profession, and so on. My curiosity gets the best of me, hoping they will answer them.

Most of my friendships started with joining social media expat groups. When you join an expat group, you can find information about your city, such as Antalya. In addition, expats can ask questions and get help from one another. It is also a way for expats to connect. For example, once a week, the expat group will host a meet-up at a location such as a coffee shop. This has been an excellent way for us to build friendships.

Since living in Antalya, I have shared blogs about Turkey within these social media expat groups. My goal is to provide resources and information about places to visit, the culture, and how to manage living here as an expat.

This is how I met Norm Bour. Norm inquired about my blog, “Turkish Breakfast,” and wanted to meet in person to ask more questions about these savory dishes. He was surprised to discover how different breakfast dishes in Turkey are from the typical European-style breakfast he had become familiar with in Croatia. Eager to learn more about Turkish dishes, we scheduled a get-together for breakfast upon their arrival in Antalya.

Once Norm and his partner Kat arrived in Antalya, we invited them to the lovely Pita Lara for breakfast! As we visited, I learned about Norm and Kat’s adventurous lifestyle and thought I would share it today.

Although Norm was born in Philadelphia, he spent 40 years of his life in Orange County, California. Raised by a Hungarian mother, who escaped WWII to the United States, it was ironic that even though his mother often asked him to join her to visit her homeland, he had little interest in going to Europe. He regretted that many times over the years.

It wasn’t until Norm and Kat traveled to Barcelona and Nice that they decided it was time to start exploring Europe. So, with their bags packed, ready for Europe, they were off for a six-week exploratory trip to see if they literally could survive living in Europe on less. This is where they discovered that the cost of living in Europe was less than living in California.

Six months later, another business trip was scheduled to Spain that convinced them that they COULD make that big leap to move and leave their home country. However, they also discovered what it would be like away from everything they were familiar with in the United States during this trip.

Since then, they haven’t looked back!

Why Become An Expat?

What drove Norm to take on this adventurous idea of living abroad was seeing young millennials living all over the globe as digital nomads, relishing in experiences and not being weighed down by “stuff.” Norm felt this might be something he could consider since he was “location independent.” In addition, Norm saw that there was more time behind him than ahead of him (due to age), so he chose to make the best of it by seeking an adventure filled with more experiences in life.

Norm has no regrets about making this first step a reality!

Most expats are like Norm, who choose to leave the comforts of their homeland in search of a QUALITY of Life filled with more EXPERIENCES and fewer material things, and they always seem happy about their decision. Granted, in the United States, you can have great careers and obtain wealth, but the quality of life has slowly diminished.

Norm believes that anyone interested in traveling or living abroad should begin by researching the destination. Reading blogs written by nomads or expats, checking out government websites about residency permits, and asking questions to those already living there about their experiences, are all ways to educate yourself. In addition, there are tons of information to help guide you in the right direction.

I asked Norm, in hindsight, what is something he wished he would have known before he began this journey that would have been helpful today. He said, “learning another language.” I must agree, as most of us Americans are not required to learn a second language; it is challenging to teach our minds to translate.

Why Move to Antalya?

I asked Norm why he chose Antalya. During their stint in Croatia, which they loved, they were ready to move to a warmer place for the winter, so they started to compile destination ideas. Considering Sicily and Greece, they ran into challenges with covid-19 restrictions. Continuing their search, they noticed Turkey is quite large and easy to enter as an expat during the pandemic, so he picked the most southern point and selected Antalya. After reviewing Airbnb prices, reading blogs, reviewing pictures, he told Kat this is our next destination.

Before Norm and Kat took on traveling the world, they both had successful lives in the United States. Norm has 30+ years of experience in financial services, real estate, radio and is an author of several books. In addition, he has published several articles about finance and provided workshops sharing knowledge about being successful in business and financial planning. Here are his books to check out:

Where Can I Find Norm Today?

Today you can find Norm writing his blog, ‘Travel Younger,’ and educating and encouraging baby boomers not to be afraid to travel like a millennial. Norm felt his experience as a baby boomer that made the transition into a traveling nomad could help others, so he published “Traveling the World Six Weeks at a Time Volume I: How the Baby Boomer Generation Can Travel like the Millennials!” Norm believes if he was able to leave the comforts of his homeland at the age of 64, with only a few suitcases in hand, anyone who loves to travel should do the same.

You can also connect with Norm through Facebook and find out what he and Kat have been doing lately.

What Norm has discovered about blogging and writing books is his connections with people. One of the most rewarding experiences as a blogger/author is getting messages from his followers that say, “You’ve inspired me,” or “I want to do what you have done.” The greatest joy in life is inspiring someone to make a better life for themselves.

Kat and Norm are working on a book called “Mother Nature Grows Up.” It is about how Mother Nature may be teaching us all a lesson through COVID-19. In addition, Norm started writing a book called “Stay in Your Own Lane,” a man’s guide to understanding women’s behaviors that otherwise tend to go unnoticed. After Kat read the manuscript, she felt it was missing a few critical details, so she added a female perspective, and the book is now retitled “My Way, or the Highway of Love.”

I look forward to reading it once published!

When I interview someone, I like to include two unusual questions to see how they view a topic. For example…

If you could describe Turkey as a fruit, what fruit would it be?

If you could describe Antalya, what color would it be and why?

You will most likely never find Norm and Kat at any one location for more than six months, but that is because they have so many places they wish to explore. I had so much fun listening to Norm and Kat talk about their experiences as traveling nomads and look forward to seeing them explore the world. 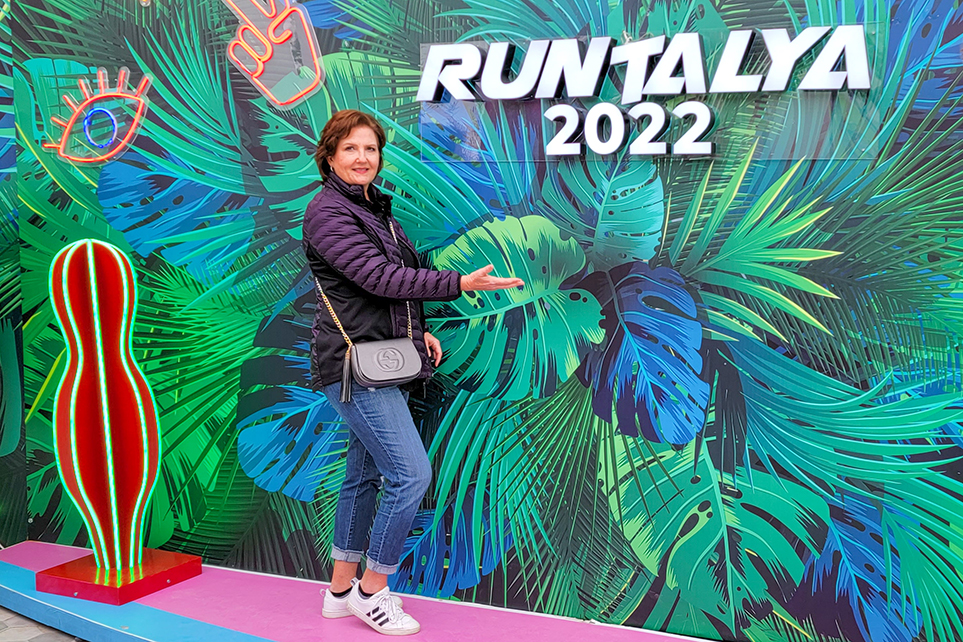 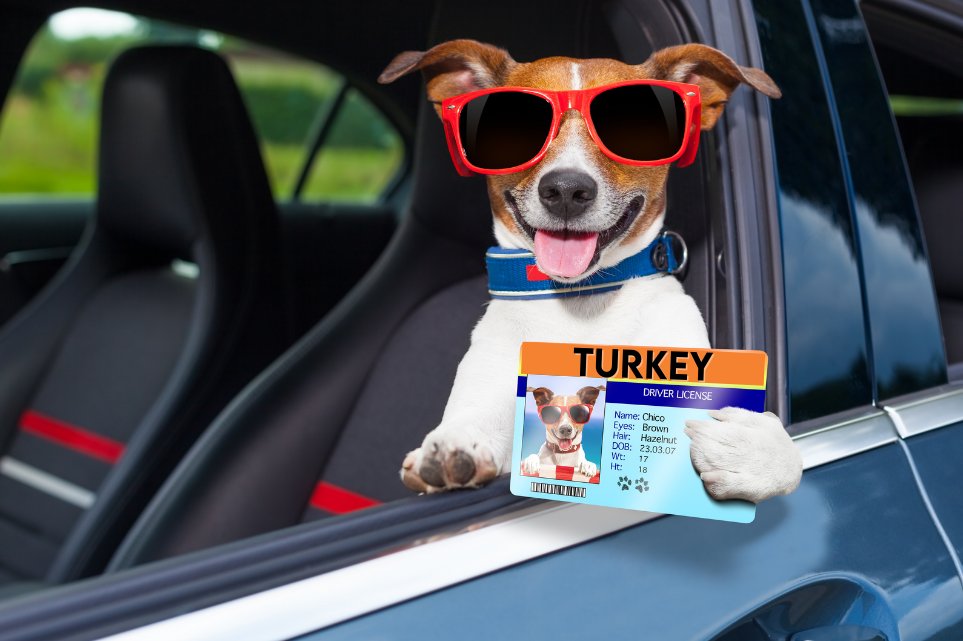